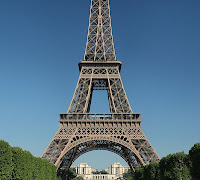 Hey, we’re back from our big European tour, journeying by bus and riverboat – mainly riverboat – from Paris to Prague via Germany. Wonderful trip, enhanced by great weather over Europe during the two weeks we were there. Saw lots of castles and cathedrals, along with art museums, interesting cities with ancient town squares, and great vistas. Now it’s back to abnormal. -- JH

A guest on Scott Simon’s “Weekend Edition Saturday” on NPR decried the question asked by personnel interviewers of job seekers: “What is your greatest weakness?”

The guest – I can’t recall who it was – said it is unfair to ask people to denigrate themselves, and I agree. One respondent to the question had said, “Ask my wife.” Another reportedly said, “I don’t suffer fools well,” implying the questioner was a fool to ask. Nice shot.

Anyway, the discussion reminded me of an experience I had many years ago when I was asked to be among judges of a queen competition in a Northland small town. The winner would reign over a festive Independence Day celebration, and, with her attendants (the losing candidates) ride in a gala parade in a shiny convertible, waving at spectators.

We judges were provided a list of questions to ask as we interviewed the several candidates one by one, teenage girls from the town whom, for the most part, restored my faith in youth once again, which you can lose from time to time when you grow older. Fine young women.

One of the prescribed questions was just the opposite of the one discussed on NPR on Saturday. We were to ask each girl what her best, or finest, quality might be.

Just one girl among the eight or ten contestants was totally honest. When asked to describe her best quality, she simply said, “I believe it is my hair,” as her hand patted her perm.

She didn’t win, but she made an attractive princess.
Posted by Jim Heffernan at 2:06 PM