Pandemic: Not the First time Duluth has shut down... 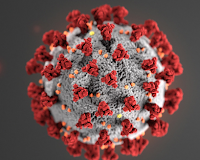 It was going to be a two-week break from late winter on a Florida beach. We left Duluth on Wednesday, March 12, for the three-day drive to the Gulf Coast and made it into Illinois where we smashed head-on into the corona virus crisis.

No we didn’t get infected; we’re fine. But who wants to be over a thousand miles from home at a time like this? We drove back to Duluth the next day and, like so many of us, are hunkered down at home.

Wow. I’ve been around a long, long time but I’ve never seen anything to compare with this in terms of a drawn-out national emergency with an uncertain outcome. I vividly remember the President John F. Kennedy assassination. Like now, the nation shut down. But only for a few days, the better part of a week. And while our sadness continued, our day-to-day lives went on as normal.

It was pretty much the same for most of us after 9-11. Terrible tragedy, but after being riveted by the television reports for a few days, almost nobody’s life was seriously interrupted away from New York City.

There were no shortages of groceries. Restaurants were not affected, nor were schools, theaters, sports events or concerts throughout the country. This time we are faced with weeks, maybe months of isolating ourselves from one another and staying home most of the time.

There’ve been many references to the devastating Spanish Flu pandemic of 1918 since the current crisis hit. Of course that was 102 years ago. Who remembers anything about that? Where was it, in Spain?

Well, I have a close association with the Spanish Flu pandemic of 1918 and how it affected Duluth. You could say one degree of separation.

Two years before she died in 1983, I sat my mother down before a tape recorder with the purpose of recording her memories of the historic 1918 fire that devastated Cloquet, Moose Lake, rural Duluth and threatened the city itself.

At that time she was a 19-year-old single woman living with her father and five younger sisters on lower Piedmont Avenue. Her mother had died the year before.

On the recording (which I still have), she vividly described that day in October 1918 when fire threatened the city, mentioning that before the immediate fire threat was realized she and a friend had taken the streetcar downtown to shop. Duluth had streetcars in those days, not buses.

Almost as an aside, she mentioned that they were wearing masks because of what she termed the “flu ban” when no public gatherings were allowed. Theaters, schools, churches all were closed, she said. Downtown stores were open. It affected her life directly; she was the organist at the former Bethany Lutheran Church in the West End, the city’s largest Swedish congregation.

How long did the flu ban last? Six weeks, she recalled.

It’s safe to say that the great 1918 fire in this region on top of the Spanish flu pandemic had to be the darkest days in Northland history. It’s been mentioned lately that that pandemic claimed the lives of some 50 million people worldwide, and 10 million in this country. And all this going on as World War I raged in Europe, then drawing to a close with further millions of lives lost worldwide

So we’ve been there before. And there’ve been other threats, several in my own conscious lifetime spanning more than seven decades, a few in recent years — SARS, HIV, Asian flu in the 1950s, Hong Kong flu in the early 1980s, Swine flu a decade ago. But nothing like today’s pandemic. Nothing.

We’ll be fortunate if this emergency eases enough for a return to some normalcy in six weeks. It probably won’t, according to experts.

We can only hope it isn’t as devastating in terms of loss of life as the 1918 Spanish flu. But with no vaccines to fight it, hope is all we’ve got right now. 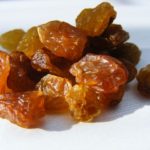 Here's my March 8, 2020 Duluth News Tribune column
link may be found HERE
Posted by Jim Heffernan at 4:36 PM No comments: