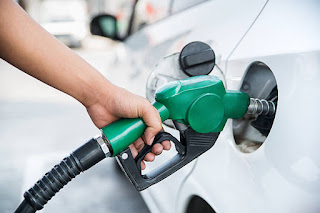 Here are some random thoughts while filling the gas tank on my vehicle the other day:

Hmmm, almost five dollars a gallon. This fill-up ought to come to close to 50 bucks. Wow, that’s what my first brand new bicycle cost when I was a kid.

Boy, getting gas in your car sure has changed since I began driving oh-those-many years ago, I ruminated. For one thing, you didn’t have to fill it up yourself. You got gas at places called “service stations,” and they meant it — the “service” part.

You’d pull up to the pumps and out of the building would dash a guy wearing the appropriate uniform — bow tie and military-style cap often included — of the company the station was associated with: Standard, Pure, Mobil, Shell, Phillips 66. You didn’t have to get out of the vehicle.

“Fill ‘er up,” they hoped you’d say. I’d often say “gimme a buck’s worth of regular.” A dollar’s worth! That’d get you four-plus gallons at 25 or 27 cents a gallon, and four gallons could keep you going for several days if the car got maybe 15 miles per gallon.

Because you were a customer, the service station guy would activate the gas pump, put the hose in your car’s gas port and when it was filled he’d routinely wash your windshield for you. You didn’t need to ask.

Upon completing the gas filling and the windshield washing he’d come to the driver’s window and ask if you’d like the oil checked. If you did, he’d open the hood, pull the dipstick, wipe it off and re-insert it into the engine to get a reading on the amount of oil in your crankcase. Dipstick in hand, he’d walk over to your window again and show you. If you were a quart down, he’d go inside the station, grab a can of 30 viscosity (in summer) oil, return and pour it into the port on the engine and close the hood.

And if you thought one of your tires might be low on air, he’d check that too, upon request, and replenish air if needed.

Service completed you’d hand him payment through the window; he’d sometimes salute as he thanked you and off you’d go on your merry way. You probably didn’t thank him. Such service was taken for granted.

Back in the present, still waiting for my tank to fill and continuing random thoughts, it occurred to me that you’d have to be a certain age to know this ancient service station history. My middle-age kids never experienced it, so I suppose a couple of generations have passed since those halcyon days of service at filling stations.

But I figured it might be interesting, if not important, to share this aspect of our history that isn’t likely to get mentioned in the history books.

Of course we took it for granted at the time, probably figuring that’s the way it would be forever, just like everything else from one’s youth would last forever, while, of course, nothing does.

Here’s more: The service aspect of filling stations would sometimes be abused by drivers. An older friend during my youth who operated a gas station was driven to distraction by drivers who would pull up to the pump and wait for him to come out. When he did, the driver wouldn’t ask for gas, but rather ask for directions to a nearby highway that seemed to befuddle visitors to Duluth. It drove him nuts, but he’d tell them and off they’d go.

I do think taking unwarranted advantage of service station attendants hit its nadir one time by another close friend who should have known better.

We were riding in his car on a windy, rainy night during our college years and he discovered he was out of cigarettes. (The ability to coolly smoke cigarettes was practically a college entrance requirement in those days.) He could have bummed from me but he didn’t like my brand. Spotting a gas station as we drove along, he pulled in and up to the pumps.

Out into the driving rain, fog, wind and everything else bad on such a night came the service station attendant. My friend rolled down his window and said, “I’ll have a package of Marlboros.”

The astonished attendant just glared at him in surprise and disgust before uttering a whole bunch of words unprintable in a family newspaper.  Something like “You X#@%&#%” as he turned on his heel and quickly sloshed back into the station.

My friend had to bum a butt from me after all, in spite of the fact that mine didn’t have filters like Marlboros. Oh, those pesky loose ends.

Meanwhile, back in the present, my tank was finally full. Only $47.95. I think that’s about what my first dressy dark-blue three-button suit cost.

POSTSCRIPT — I still have the $50 bicycle. The suit no longer fits.

Posted by Jim Heffernan at 12:27 PM No comments:

Not so tall tales of turtle travails... 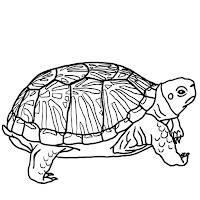 Wow, I totally blew off World Turtle Day last month. For the record, it was observed on May 23, in case you forgot, like I did. I think all the excitement of Arbor Day on the last Friday in April threw me off a bit.

The purpose of World Turtle Day is to warn drivers to avoid running over turtles with vehicles as they cross roadways in the spring en route to laying their eggs. Who would run over a cute little turtle if they could avoid it? Maybe Vladimir Putin.

I have a long and mixed history with turtles. I was frightened by a large snapping turtle as a child when the primitive-looking beast showed up in a neighbor’s yard and menaced everyone nearby. Scary creature weighing maybe 10-15 pounds. Never forgot the jagged back of its shell.

But those tiny painted turtles they sold at Woolworth’s dime store were kind of cute. I begged my parents for one and they finally relented. At my father’s suggestion, we named him Methuselah because turtles are supposed to live long lives. The Biblical Methuselah lived for 967 years according to both the Good Book and Google so it must be true.

Our Methuselah lasted about two weeks. The little guy (assuming it was a guy; how are you supposed to tell?) got stuck under a small ceramic duck we’d placed in his partially filled fishbowl and drowned. Yup, drowned. I believe I am the only person in history whose pet turtle drowned.

But it made me very sad, of course. I pulled the lifeless creature out of the water and shed a tear or two, eliciting sympathy from family members. My older brother suggested we give Methuselah a proper turtle funeral by tossing him into a river. That sounded like fun.

So we took the little fellow to Miller Creek in Lincoln Park (the park itself) not far from our home, and solemnly tossed his limp remains into the flowing stream while extending our…um… how about thoughts and prayers? Why not?

That was the last pet I ever had in my early life.

Segue now to my adulthood, my fatherhood, some 25-30 years later when our daughter and son, still in single digits age wise, realized, as most kids at that stage in life do, that they wanted a dog. A cute little puppy for their parents to maintain. It inspired a chain of events I have mentioned before, but I’m repeating them for both the pathos and fun of it.

“No, no, no dog,” I proclaimed. “You’ve gotta keep the poor things tied up all the time because of the leash law. If we lived on a farm, fine, but not in the heart of the city.” I’m pretty sure they would have been fine with moving to a farm if it meant getting a dog.

But not wanting to deny them entirely, I told them they could get a turtle, a cute little turtle, just like my Methuselah when I was their age. I don’t think I mentioned Methuselah’s sad fate— the turtle’s, not the Biblical one’s.

So on a Saturday we went shopping for a new turtle. But where do they sell turtles? No more Woolworth’s. I decided to try a pet store, and found one with a couple of cute little puppies frolicking in the window, darn them.

I told the clerk we’d like to see something in a turtle and he reacted with a combination of horror and anger.

“We can’t sell turtles,” he declared dourly. “They spread salmonella.” (It was decades ago but I’m pretty sure those quotes are accurate.)

I think he told us they were barred by law from dealing in turtles, and we beat a hasty retreat, the kids nearing tears. What to do now? Hamsters were not an option. We just weren’t hamster people.

And then the refrain returned: “We want a dog,” they repeated their earlier plea, almost in unison. (That’s an accurate quote, too.)

Oh well, how long can you hold out? So we checked the classified ads in the newspaper, found a likely prospect in Proctor, visited the home and left 20 bucks poorer with a small, black mongrel pup we named Midnite (preferred spelling) to reflect his fur color.

Midnite was with us for 12 or 13 years until the day came — by then both kids were away at college — when we had to telephone them with the sad news that Midnite was dead. Infirmities of old age. I wrote about that sad day once before, so won’t go into detail here. He had lived a comfortable life, was loved, loved us back, barked at mail carriers and was gone but not forgotten.

All I can say is thank heaven it was against the law to sell turtles or we’d never have known Midnite. I’m not sure our mailman would say the same.

Posted by Jim Heffernan at 2:56 PM No comments: