Christmas cards: They just don't stick to the ribs... 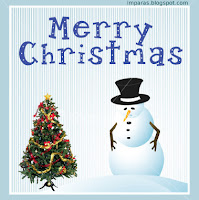 Well, the holiday card exchange phase of Christmas 2010 is almost over for those who care if their cards arrive before the joyous holiday. In the past we always got our cards out the last minute, but this year we sent them out early for reasons that can’t be reasonably explained. It just happened.

Sending cards out early assures that you probably will get cards from recipients who had decided to – oh, what the heck -- drop you from their list this year. Then when they get your card early they hurriedly dash one off to you again. That’s a two-way street, by the way. Who hasn’t gone through that drill?

It’s not that you no longer care to warmly greet the folks you consider crossing off your Christmas card list, it’s that you have moved on from whatever relationship you had with them years ago when the exchange began. Then there are the more recently acquired friends and neighbors who never make it onto your list. Oh well, no harm done. It’s Christmas.

Does anyone actually remember anything about the Christmas cards they receive for very long? Christmas letters and poems can be fun at the moment, then quickly forgotten. Photo cards are nice to see, then file away, probably never to be seen again. Ephemeral, those Christmas cards that require so much organization, time and even expense. Oh well, no harm done. It’s Christmas.

I only remember two cards in all the years I’ve been involved in the Christmas card frenzy, and they weren’t even to me. They were satirical cards in Mad Magazine years and years ago – maybe 40 or more. But I think of them each Christmas season when certain carols are sung.

The first depicted a bleak, snowy scene outside a shuttered steel mill in Bethlehem, Pa., with pickets outside the gate, strikers milling about. Its message was simply, “Oh little town of Bethlehem, how still we see thee lie,” and it was signed: The United Steelworkers of America.

The second purported to be from and pictured a smiling Liberace, the late pianist/entertainer known for his flamboyant outfits – gold lame suits, ermine capes and the like – whose manner was decidedly effeminate in an era when that persona was, um, snickered at in many quarters. The card’s message was simply, “Don we now our gay apparel.”

Oh well, no harm done. It’s Christmas. Incidentally, if you didn’t get a card from me (and you’d certainly have received it by now), have a merry one.
Posted by Jim Heffernan at 3:00 PM