A brief history of winters in Duluth...

This is shaping up to be a pretty decent winter — if you like winter. Snow one day, bitter cold the next, even an occasional thaw. All of the elements (pun actually intended) of a typical Duluth winter.

But it’s nothing compared to the winters we experienced when I was growing up in Duluth. Why, those winters were so severe they had to close down the schools it seemed like every other week; snow banks were so high cars had to have extended aerials with flags on them to alert other drivers at intersections. Red triangular flags, not good Old Glory.

Those were the real winters when blizzards were blizzards and not a Dairy Queen treat. I have told my kids (no longer kids) numerous times that my childhood winters were the toughest in weather bureau history. You wanna talk temperatures? How about 40 below? Pretty sure, at least. Coulda been minus 50, for all we knew. We’re not talking wind chills here. They hadn’t been invented yet. Scout’s honor.

No school, no ice skating, no skiing, no going outside unless absolutely necessary and then the snow so deep it engulfed entire houses, residents escaping their domiciles (I like to toss in fancy words once in a while) through second-story windows.

That’s what winters were like when I was a young lad.

But I always felt short-changed back then, listening to my father tell about the winters they had when he was a boy (he’d better be a boy or I wouldn’t be here). Even though our winters were pretty severe, they were like a couple of months on a tropical isle compared with the winters of my father’s youth.

Why, the snow was so deep, when he skied down the West Duluth hillside he ended up on the porch roof of a house at the bottom of the hill. Cars had to have chains on their power wheels from November to May in order to get around. Streets were so slippery, they took slag from the steel plant in Morgan Park and spread it all over the roadways. Supplies of coal were running low by February, causing widespread fear that people would freeze to death in their beds.

But my father’s dangerously severe winters were nothing compared to the winters of his father’s day. That’d be my grandfather, whom I never knew because he died around the time I was born. Might have frozen to death for all I know.

Those winters of my grandfather’s day made my father’s winters seem like a walk in the park and our winters today resemble the Fourth of July by comparison. The snow was so deep people had to tunnel through it to get out of their houses. Plows pulled by draft horses became stuck and didn’t get pulled out until spring, the horses frozen stiff. The frozen horses were dumped into Lake Superior near the city’s water intake, causing widespread typhoid fever when spring finally arrived. Those were REAL winters.

He wrote that most people heated their homes with fireplaces and barrel stoves fueled with wood. Many hardly got out of their houses except to heed nature’s call, the heeding of which involved trudging through deep snow and bitter cold to a small unheated building known as the “biffy.” As the poet once wrote, “The terror of that icy seat would make a Spartan sob.” They had to have a rope between the house and the outhouse to guide the folks wanting to see a man about a horse through the snow.

That’s pretty much as far back as I can go in telling of past winters. I suppose I had a great-great grandfather, but I don’t want to get going on the Mayflower people, who had some pretty tough winters themselves. Way more challenging than today. They had landed on Plymouth Rock and things were so bad they named a flathead six cylinder car after it a few centuries later that never started when it got cold.

And how about George Washington at Valley Forge? Cold, snow, little shelter. He had to cut down a cherry tree for firewood, right?

So, yes, we’re having a pretty challenging winter so far, but as this report proves beyond a shadow of a doubt it’s nothing compared to past winters, which were always worse than current winters no matter what weather statistics tell you. Ask your ancestors.

I’m sure when my grandchildren are as old as I am, they’ll be able to tell their progeny that their childhood winters — like this one right now — were way more challenging than whatever it will be like several decades into the future.

And it’ll be true, that’s for sure.

Car keys becoming a thing of the past... 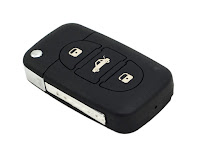 Written by Jim Heffernan for the Duluth News Tribune/January 8, 2022

I crashed my car recently in an unfortunate two-vehicle accident, bringing it to the end of its natural life. Fortunately I and an early-teen grandson riding shotgun were not injured, but the astute insurance people looked it over and declared it “totaled.” Sayonara, Toyota SUV.

So I got a replacement; same kind, but several years newer and, much to my amazement, it doesn’t have a key. It comes with something they call a “fob” that projects electronic waves and all you have to do is have it in your pocket and it does all the work of getting you going.

If the vehicle is locked, the door automatically unlocks when you approach it, thanks to the fob. Then, once inside and behind the wheel, you don’t even have to insert a key into what we all used to consider the “ignition.” You simply press a black button on the dashboard to fire up the engine.

Wow. That is SO nice. It used to be incredibly taxing to reach into your pocket, pull out an ignition key, insert and turn it to start the engine. Ain’t technology great? Americans will no longer have to turn ignition keys to start their cars. It’s called progress.

I recently read a New York Times article that said this is the wave of the future for all vehicles. It mentioned cars have gone from cranks to this tremendous advancement in science and technology in something over 100 years. What’s next, Mars? You wonder.

I wonder if younger people today even know what cranks on cars were. First, let’s be clear: They were not all of the drivers. Car cranks were even before my time, but I’ve encountered a few. And you sometimes see them in movies about the olden days. To fire up the engine, a person had to insert a good-sized crank at the front of the vehicle connected to the engine, turn it, and voila, the car might start. If it wouldn’t start, crank again. Another failure? Flag down a horse or oxen.

My driving years actually started in the 1950s on cars largely produced in the 1930s because no cars were manufactured during World War II. Well, they made Jeeps but they were running around Europe and the Pacific theaters. Model A Fords were still fairly abundant.

Many of the older cars available to young drivers when I began driving had starter pedals on the floor, to the left of the clutch, which was to the left of the brake pedal, over there by the accelerator. To start them, you’d insert a key in the dashboard, turn it “on,” press the starter pedal with your left foot and shoot the juice into the motor by pressing the accelerator and hope for the best, especially in cold weather.

Cold winter weather was the bugaboo of car starting in this part of the world. But if you lived on a Duluth hillside, as I did, if your battery failed you could simply roll down the hill, slip the shift into gear, pop the clutch and nature would start the car for you. Thank you Sir Isaac Newton.

In my early driving years, most models had eliminated the foot pedal starter and featured a button on the dashboard, labeled the “starter button,” that you pressed after turning the key while depressing the accelerator, being careful not to “flood” the engine. Many readers of a certain age will know about flooding the engine, so it’s not worth going into detail. Suffice it to say that if you did it, the car wouldn’t start at all and the strong odor of gasoline would permeate. Quick, call FEMA.

That New York Times story mentioned that in 1949 Chrysler introduced a system in which the operator could insert the key and then just turn it to fire up the engine. Just think what an incredible advance that was. No more starter pedals or buttons to fatigue drivers.

In case any reader is finding this informative, I should close by explaining how you turn the fob-equipped car off. What you do is depress the same button you used to start the car and it turns off all by itself. No turning an ignition key off and having to pull it back out. How convenient is that?

Finally, without a key how do you open the trunk? A subject for another day, after I figure it out.

Posted by Jim Heffernan at 11:14 AM No comments: