January 31 marks the 59th anniversary of three days before "the day the music died" when Buddy Holly, the Big Bopper and Ritchie Valens died in a plane crash in Iowa. Three days prior to their death–January 31, 1959–these pop stars of the fifties performed at the Duluth Armory in a memorable appearance from my youth. A small private plane carrying these performers crashed following their final performance in Clear Lake Iowa, claiming their lives. The plane was heading to Fargo, North Dakota. As Don McLean wrote in his classic music parable, American Pie, the plane crash resulted in "the day the music died."

My friend, Lew Latto, was the producer and MC of the Armory show that also included Dion and the Belmonts. Lew was a precocious teen who became a popular disc jockey as a youth and continued on with a successful career in radio until his death in 2011.

Ed Newman, blogger on Ennyman's Territory, interviewed me about that evening.  Read it HERE. 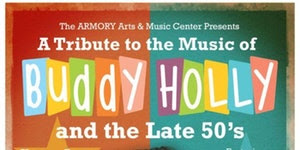 You can find more photos and accounts of the original Duluth Dance Party Tour on the News Tribune Attic on January 31, 2014.
Posted by Jim Heffernan at 5:20 PM No comments:

"New Life. New Legacy."
As Duluthians are aware, the historic NorShor Theatre is in the midst of a revival and now managed by The Duluth Playhouse. February 1st will mark the official grand opening gala event, along with the hit play, Mamma Mia.

The Duluth News Tribune is planning a special edition commemorating the grand opening and I'll have a column there to share my recollections. I also provided the DNT with my collection of personal photos to use in that edition. I thought this would be an opportune time for me to pay tribute to this Duluth treasure again in this blog by sharing some information previously shared and also some fun photos.

The cache of my NorShor photos (some included here) were given to me by the late George Brown, the long-time manager at the time of his retirement in the 1970's. They include photos of the grand reopening when the Orpheum became the NorShor with interior and exterior shots of the Orpheum before it was remodeled. These photos would have been destroyed or lost with theater changes and George knew I would take good care of them. Later, Laura Ness, our former mayor's wife, was doing some work gathering history about the theater and, with my permission, captured my photos on a CD for preservation. I have authorized public use of these photos as long as they are credited to me.


Woman of the North Country was a 1952 Hollywood movie set in Duluth that premiered at the NorShor. Stars, Rod Cameron and Ruth Hussey, came to Duluth for the Norshor premiere, but Boyer and Goddard were stars of the first movie shown in the newly remodeled theater, “Hold Back the Dawn” in 1941 (see marquee photo above). One star of the Boyer, Goddard magnitude did appear in person at the Norshor: Ingrid Bergman. She came here to sell war bonds during WW II a couple of years later and gave a sales pitch from the NorShor stage before motoring to the Riverside shipyards to speak to workers....

Here's an anecdote going back to the building's Orpheum days (1911-1940): I once came across a Duluth newspaper review of a popular stage play of the early 1930s, "The Barretts of Wimpole Street," playing at the Orpheum, that listed Orson Welles among cast members in the role of a juvenile. Welles was born in 1915 (thank you Google), so he must have been 16 or 17 when he toured with the play, including its stop in Duluth.

And in more modern times...
As a reporter for the Duluth News Tribune, I covered the grand opening at the NorShor in 1972 of the Patty Duke film, You'll Like My Mother. That film was set at the Congdon Mansion and the movie premiere at the NorShor was followed by a gala reception at the Hotel Duluth Ballroom. Read more about that HERE.

Posted by Jim Heffernan at 5:05 PM No comments: