Introducing our Heffernan Family Jack O'Lantern Face,
adeptly carved tonight by our son and his sons.
It's a face carved by members of our Heffernan family
over many generations and the tradition lives on.
Happy Halloween to all! 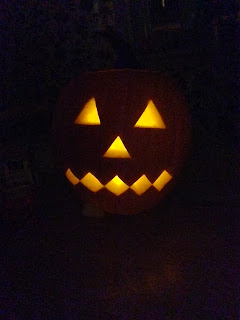 Posted by Jim Heffernan at 10:11 PM No comments:

Some endangered species: Save the moose, wolves, bats, bees and save the USA

1. Our moose are dying off. Nobody seems to know why. I hope they can save the species, although it doesn’t affect me much. I don’t hunt – moose or anything else, and I don’t belong to the fraternal order. But what’s not to like about moose? They’re homely, so most of us can consider ourselves better looking. They seem nobler than I seem. A male moose with those big antlers, standing, say, by a north woods lake, looks noble. We need more nobility in our lives these days. I hope they can save the moose.

2. The wolves are dying off on Isle Royale. Nobody seems to know why. I hope they can save the species although it doesn’t affect me much. And so on and so forth (see moose above, sans antlers).

3. Our bats are dying off. Yup. Nobody seems to know why. I hope they can save the species, although… well, you know. Nothing noble about bats that I can tell, except when depicted as the Dark Knight rising. On summer nights when they fly around your head, I still worry that they’ll get entangled in my hair, although that is a myth, they say, and my hair itself is an endangered species. Oh, also, I read the other day bats are coming down with something called “white nose disease.” Never heard of it. I’ve heard of brown nose disease, though, and it’s not pretty. I’ve had it.

4. Our bees are dying off. Nobody seems to know why. All of the above where it applies, plus, I like honey. Save the bees, honey. 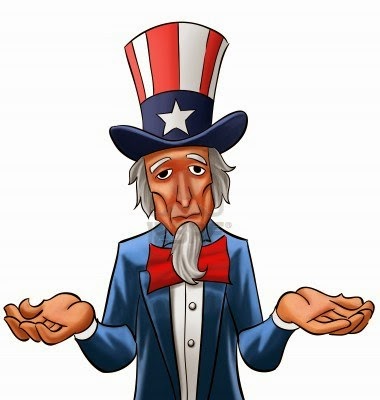 5. The United States government dying off. Much of it, at this writing, is not functioning because Congress can’t agree to fund it. Then there is a danger Congress will refuse to authorize payment of the nation’s debt for the first time since the Washington administration. I admit that so far it doesn’t affect me much, but, still, I like the United States of America and hate to see it endangered. I hope they can save it, along with the moose, the wolves the bats and the bees.
Posted by Jim Heffernan at 5:06 PM No comments: