Where have all the phone booths gone?

There was an old maid from Duluth,
Who wept when she thought of her youth,
Remembering the chances
She had at school dances,
And once in a telephone booth.

Last week the New York Times reported that only four outdoor telephone booths remain in Manhattan, concentrated on the upper West Side. A technology company maintains them, apparently because residents of the neighborhood like them and because they are the last ones. 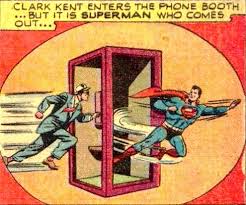 I don’t suppose most in the Millennial Generation have ever seen one or that Generation Xers have ever used one, having seen them only in old Superman movies showing the Man of Steel transforming from suit-clad Clark Kent into the caped crusader in telephone booths. How handy that was.

Let me say for the record, though, that even in Duluth, telephone booths were once more ubiquitous than old maids. You could find them all over the place in the downtown, and in outlying areas as well. Before cell phones, pay phones, most often found in aluminum booths, were the only way to call someone when away from home.

Because the phone in my family home was located right next to the living room, where others could easily overhear, I used to make some personal calls from telephone booths, often to make dates with young maids. It cost a dime then.

Leave it to New York City to be the last bastion of the telephone booth in America. At one time, there was one on every block, at least in Midtown. But good luck trying to use one.

Once, years ago, when I was in New York for an extended period, I got word of the death of a relative, and wanted to call home to learn more about it. Roving around Midtown, I went to a nearby phone booth only to find it had been vandalized – probably robbed – and didn’t work. No problem, there was another booth a block up the avenue. Oops, same thing. Receiver torn from its wire too. Well, there was another booth nearby, a ways up the street. Unfortunately, same thing. I couldn’t find a functioning phone in a half dozen booths, and finally gave up. 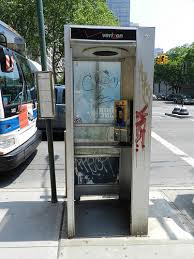 So now New York is down to four and Duluth has none that I know of. I don’t carry a cell phone and recently I looked for an indoor pay phone at Miller Hill Mall here. There used to be a couple in the main corridor. Gone.

Fortunately I ran into a woman I know who carried a cell phone she let me use. She’s a widow now, but has no reason to weep when she thinks of her youth, having had plenty of chances at school dances, but probably never in a telephone booth.

Posted by Jim Heffernan at 3:37 PM No comments: 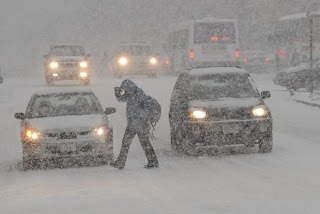 OK, OK, enough’s enough. February already and we haven’t had a blizzard. Sure, there’s plenty of snow on the ground around Northeastern Minnesota, and we’ve had “storms” of two or three inches at a time, but no blizzard. We need a 2016 blizzard.

It’s particularly vexing when you hear of others having whiteout-producing blizzards with schools closed, highways closed, cities virtually shut down. At this writing, southern Minnesota is getting hit hard. And how about that one out East – New York, Washington buried.

And here Duluth has this reputation for severe winter weather (including extreme cold, which you can have), and other parts of the country are getting all of the blizzards.

It seems to me that in the past we could count on two or three blizzards a winter around here. My memory might be fading, but I don’t recall any decent blizzards at all in recent years – the mall-closing, traffic-at-a-standstill, buses pulled off the road kind of blizzards that are so exciting.

The Duluth newspaper this week ran a story headlined “Number of blizzards has doubled in recent years.” Well, maybe south and east of here, but not here.

I used to work at that newspaper, and blizzards were fun for journalists writing the storm stories that advised no travel, informing that schools will be closed, recounting the drama of babies born in cars stuck in drifts,  plows leading ambulances to heart attack victims. Lots of drama. 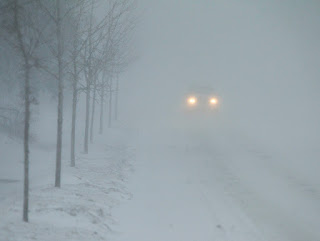 The people in charge of distributing the newspaper were not as fond of blizzards as we were in the newsroom. It’s very hard to get the paper on subscribers’ doorsteps in a blizzard. Whenever a blizzard struck, the word resounded through the newspaper building: “Snow in the alley.”

That meant early deadlines and that the circulation trucks would have difficulty picking up their bundles from the loading dock as the newspaper ran off the press, and proceed through the city and region. To assure that the alley would receive plowing priority, one employee was assigned to see to it that a bottle of scotch or whisky was placed in a certain spot in the alley where the plow jockeys could find it. I could name names.

So I’m looking forward to our first blizzard of this winter. The best come without warning, nearly impossible today with such widespread weather forecasting. I can remember going to a movie without any knowledge of an impending storm, and walking out at the end and finding howling gale-force winds driving drift-forming snow and traffic brought to a standstill.

Blizzards don’t get any better than that.
Posted by Jim Heffernan at 3:25 PM 2 comments: