When Duluth area public television (WDSE in Duluth, WRPT on the Range) airs its special “Stage to Screen: Historic Theaters of the North” at 7 p.m. Aug. 11, it will likely feature photos of old Duluth theaters from my collection, along with others assembled by the producers.
In the 1970s when he retired as manager of the NorShor in Duluth, George Brown gave me a passel of photos of the NorShor and other theaters taken over the years by the company operating the theaters. These include the Orpheum, which preceded the NorShor on that site, and the Lyric, once known as the Grand and also the New Grand over the years.
I have loaned these pictures out to researchers several times in the intervening years, and they have been digitized and are now in the hands of others besides me, but here are a few of them that might interest readers of this blog. I retain the 8-by-10 photographs.
I was interviewed on camera for this TV special and, while I haven’t had an advance screening, I assume parts of that interview will be included. It took place on the NorShor mezzanine, the area originally built as a “milk bar” (see above) and which later served as a comfortable lounging area for moviegoers in the NorShor’s heyday, and as a night club/bar in more recent years, during the NorShor’s decline.
Thankfully the city of Duluth has taken over and I’m looking forward to a brighter future for the NorShor, although I expect it will take some time.
Enjoy a few of the pictures from my collection of the NorShor and Orpheum below. The NorShor photo with the Superior St. tower is shown in the previous post.  I'll share more as time goes on. Stay tuned... 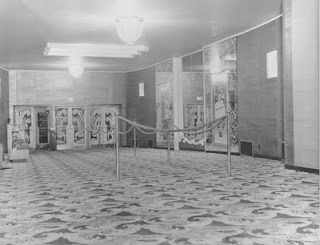 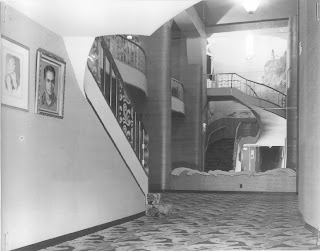 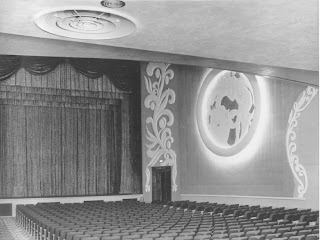 Posted by Jim Heffernan at 4:32 PM