Kick the can now the favorite game of politicians... 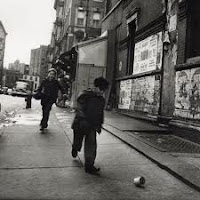 A lot of cans are being kicked down the road lately.

Here in Minnesota, political leaders, working to resolve a budget crisis that caused a shutdown of state government, have been accused of just kicking the can down the road with their resolution of political loggerheads between Republicans and Democrats.

And in Washington, where politicians are attempting to resolve disagreements over raising the country’s debt limit, many of their proposals have been branded as simply kicking the can down the road.

Kicking the can down the road has become the favorite metaphor of both Democrats and Republicans and their supporters and adversaries. Coming in a distant second, only because it reflects optimism, not pessimism, are the repeated efforts to move the ball down the field. Are they talking football? Or maybe soccer? You never hear them wanting to move the puck down the ice.

I’ve been wondering, does anybody really play kick the can anymore – I mean since recycling took over? I don’t recall playing it myself as a kid, preferring marbles…until I lost mine.

Anyway, everybody in government has been playing kick the can this hot summer, and guess where they’re kicking the can to? A line in the sand.

What kind of road must that be? Well, if they’re going to kick the can all the way to the line in the sand, it must be a dirt road, which will surprise no one.

It seems like a big waste of a can to just kick it down the road when you could use it for worms to go fishing with (if you could get a license here in Minnesota, when the state was shut down).

However the state and national budget debates are settled, we know the outcomes will be a can of worms anyway. Might as well go fishing.

Note:  If you're too young to remember how to play the childhood game of kick the can, click on this link HERE to learn more. Who knows... this might be the beginning of a new era of kids kicking the can outdoors!
Posted by Jim Heffernan at 1:01 PM

Email ThisBlogThis!Share to TwitterShare to FacebookShare to Pinterest
Labels: dirty politics, Kick the can, Minnesota Shutdown 2011