Native Duluthian, Don La Fontaine, was inspiration for the current movie, "in a World..."

In a world where the greatest freshwater lake on the planet laps up on the shore of the Zenith City of the Unsalted Seas, there is now showing a movie that was inspired by the career of a native son – and nobody around here seems to notice.

I noticed, viewing the wonderful comedy “In a World…” now showing (continuing the week of Sept. 22) at the Zinema Theater in Downtown Duluth.

Here’s a brief premise of the movie, a la the Internet: “An underachieving voice coach finds herself competing in the movie trailer voice-over profession against her arrogant father and his protégé.” (Check out the official movie trailer on You Tube HERE.)

That doesn’t do this screwball comedy a scintilla of justice, but it generally describes the basic outline of the plot, a film written, directed and starring a astonishingly talented writer, director and actor named Lake Bell.

Never heard of her (yes, it’s a woman)? Neither had I. Trust me, she and the rest of her cast of largely unknowns are wonderful. Go see it while it’s still showing here.

But enough about the movie. It might never have been dreamed of had it not been for the career of a native Duluthian, the late Don LaFontaine, who is seen briefly in “In a World…” and mentioned numerous times by actors competing in the world of narrating movie trailers, formerly known as “previews of coming attractions.”

LaFontaine was known as the king of movie trailer voices. He was also known in his world as “Thunder Throat” and “The Voice of God.” In addition to narrating, he also produced them and thousands of TV commercials among other related endeavors in Hollywood in a lengthy career that ended with his death in 2008 at the age of 68.

LaFontaine grew up in Duluth’s West End and graduated from Central High School in 1958. After high school he did a stint in the Army, learning the intricacies of studio voice and instrumental recording while serving. After his discharge he caught on in that industry in New York City and ended up in Hollywood as the king of movie trailers. One Internet reference says his net worth at the time of his death was over $80 million.

He is credited with creating numerous trailers opening with the words, “In a world…” and going on to describe the world in which the movie is set. Thus the title of Ms. Bell’s movie.

In the world of Duluth in the 1950s, it’s doubtful that young LaFontaine could ever have imagined he would some day be the inspiration for a movie showing in a theater on his hometown’s main street, but there it is.

He can’t see it, but you should.

Posted by Jim Heffernan at 9:06 PM No comments:

World Happiness: Finally, a way to tell how happy you are (also unhappy) 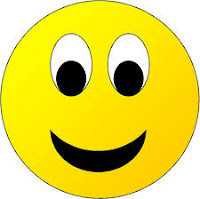 Well, according to a report in the Los Angeles Times reprinted in the Duluth daily newspaper, everyone on planet Earth is 0.5 percent happier in the last two years (2010-’12) than they were from 2005-2007.

I am not a bit surprised. I know I’m feeling about that much happier over the same period. Well, maybe not exactly that much. Things have been going OK, so I’d say I’m maybe 0.6 or 0.7 percent happier than I was five years ago, taking into account even that I’m five years older.

You’re probably wondering who compiles these important statistics. Well, aside from taking no action on Syria, you’ve got to hand it to the United Nations, that world organization housed in a really tall building in New York City that, intentionally or not, resembles a tombstone.

Yes, the 2013 World Happiness Report was put out by the United Nations’ Sustainable Development Solutions Network. Who even knew that unit even existed, and, like me, you’re wondering if on second reference it can be referred to as the UNSDSN. I usually get confused by initials of things, except, of course, the most common ones you see all the time like BWCA (Bad Water Closet Accommodations).

But we were talking about happiness. You were, of course, wondering where people are the happiest. It will surprise no one to learn that the happiest countries on Earth are Denmark, Norway, Switzerland, the Netherlands and (whew!) Sweden. I am more than a little surprised to learn that Norway is happier than Sweden, but at least they both made the top five.

The United States is ranked as the 17th-happiest country, but that is expected to go up the minute Congresswoman Michele Bachmann (R-Moon) leaves office. And the least happy country? Togo (ranked No. 156).

The report on least-happiest is not referring to the Togo in Northern Minnesota, over in Itasca County between Cook and Effie (slogan: “Where the pavement ends and the north begins”), but rather the Togo in West Africa – the Togo just south of Burkina Faso (slogan: “Where the Sahara ends and unhappiness begins”). And yeah, you never heard of Burkina Faso. Neither had I. We’ll have to brush up on our geography.

But enough about world happiness. We were mainly concerned with MY happiness. Well, not the “we” that includes you, but rather the editorial we that only includes me. Not to be selfish.

Reviewing the past several years, as stated above, I am 0.6 or 0.7 percent happier now than I was five years ago. But I was much happier in the weeks just before I was born. It drops pretty fast after you enter the world, according to UNSDSN.
Posted by Jim Heffernan at 3:23 PM No comments: