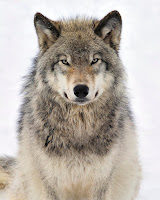 By Jim Heffernan
Here’s all the fake news that’s unfit to print…
The Trump administration yesterday said it will act to remove federal endangered species protection for gray wolves across the lower 48 states, once again opening up the debate over how many, if any, wolves should be killed by hunters and trappers.

A spokesman for the Loyal Order of the Moose endorsed the executive action.

In announcing the move, President Donald J. Trump said most wolves cross the border from Canada. “This must stop immediately,” Trump said in an impromptu press conference on the White House lawn, “or I will declare a national wolf migration emergency.”

It was unclear if the president could declare a national emergency on the border with Canada under executive powers without congressional authorization. Furthermore, he said that unlike the southern border with Mexico, no wall is envisioned, but rather a prison-style chain link fence would “do the trick, and Canada will pay for it.” 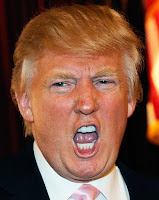 Trump further announced that if “corrupt” Canadian Prime Minister Justin Trudeau does not act, he will mobilize American military forces along the border “in places like Frostbite Falls, Minnesota.” It was later pointed out he meant to say International Falls, although the mercurial chief executive is not fond of anything international or familiar with the mercury falling below freezing levels.  Frostbite Falls was the fictional setting of the television cartoon “Rocky and Bullwinkle” which aired when the president was a youngster.

He left the door open to a summit meeting with Trudeau to resolve the wolf crisis. A White House spokeswoman, speaking on condition of anonymity, said such a meeting could be held atop North America’s tallest mountain in Alaska, Denali, known also as Mount McKinley to many conservatives. “That would be the world’s first true summit,” the source said, “a summit summit.”

In the wide-ranging Rose Garden session, Trump also said he would be fulfilling 2016 campaign promises to hunters and trappers who are eager to kill as many wolves as possible to enhance bragging rights. “They tell me many of the wolves disguise themselves as sheep to gain access to American soil. This has got to stop,” the president said.

Moving on to other topics, Trump said he feels very good about his recent Hanoi summit with “Kim Jong Novak.” An aide later pointed out the president meant Kim Jong Un and not the former Hollywood actress who shares a first name with the North Korean dictator. “Kim is actually the first name of everybody in North Korea,” the aide stated, unequivocally. Kim Novak was popular in the Rocky and Bullwinkle era.

Democrats who do not favor lifting the protections for wolves pointed out that recently in Estonia construction workers saved a wolf from drowning, thinking they were rescuing a dog trapped in an icy river. It wasn’t until later when one of the workers remarked, “What a long nose you have” that the wolf fessed up. It recalled “Little RED Riding Hood,” a fable popular in Estonia during the Soviet era. The wolf was later released to the wild in hopes it would cross the border into Latvia or Lithuania.

Meanwhile, wolf experts at the International Wolf Center in Ely Minnesota (down the road from the Ely Bear Center and not far from the Root Beer Lady World Headquarters) indicated they were “howling mad” at the development.