A quick dip into English history...

Written by Jim Heffernan for the Duluth News Tribune/Saturday, 9-17-2

We didn’t have a TV set in 1952 when Elizabeth ascended to the throne of Great Britain. Almost no one in Duluth did. There were no network affiliated TV stations here yet.

Television reception depended on the weather for those who erected tall antennas on their houses to bring the signal in from Minneapolis. Two of our neighbors did that, and it was exciting for neighborhood kids to get a first look at the magic of television.

At one of those homes we peeked through a window Peeping Tom-style just to see the wonder of television in its earliest days. Another neighbor invited us in once in a while to take a look.

Queen Elizabeth II was the last world leader from my early years — the years when a person first becomes somewhat aware of who’s who and what’s going on in the world. You might have heard she died Sept. 8 at age 96 and her funeral is on Monday.

I first came to know of her as Princess Elizabeth, in the years immediately after World War II when she was barely out her teens. She had a big wedding to Philip in 1947, which I remember from movie newsreels. 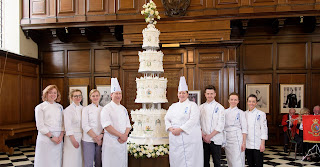 I went to a lot of movies as a child, escorted by my mother, who sat through numerous Tarzan adventures and insipid westerns for my sake. In those pre-TV days, all movies were accompanied by newsreels showing important news events of the day, and some unimportant ones. I recall being impressed by Princess Elizabeth’s wedding cake when it was shown. It must have been seven or eight feet tall, tiered on silver stilts.

Not long after, the newsreels were filled with film of their son Prince Charles as a toddler, and not long after that came the death of her father, King George VI, in 1952 and her ascent to the throne. That was all over the newsreels too, and by then television had begun to arrive. Sort of.

But Duluth had no TV to speak of. The coronation of Elizabeth as queen in 1953 roughly coincided with the arrival of television in Duluth around that time, but few people here were connected. My family didn’t have a television set yet, but our neighbors across the street did, bringing in the signal in from Minneapolis with a tall — maybe 15-foot — antenna on the roof of their house. The hazy black-and-white signal came in OK in good weather. It often featured “snow” on the screen in the middle of summer.

Those neighbors invited us to watch Elizabeth’s coronation, which I thought at the time was “live.” Hardly. I since learned that CBS and NBC filmed the coronation in London and hastily put the film on trans-Atlantic flights to New York, where they were beamed to affiliates across the country.

Twin Cities stations then telecast it — who knows how many hours after it had taken place? — and it was picked up by our neighbors and seen by others in Duluth by those who could bring in the signal.

Primitive times in communication. There were no satellites to beam events in Europe to America live. No cable.  And Duluth was only on the cusp of having local network-affiliated TV.

So Elizabeth has been around all my life, and queen for much of it. I read at the time of her death that most of her subjects have never known any other monarch.

In recent years, as she grew older and I didn’t grow any younger, at times I would ruminate about who would last longest on the world stage from those early years — Elizabeth or Fidel Castro of Cuba, as unlikely a pair as could ever be imagined. But their “reigns” were in roughly the same period of our history.

Everybody else from those early years was gone — Presidents Truman and Eisenhower and most of their successors, Joe Stalin checked out around the time Elizabeth assumed the throne, Winston Churchill was her first prime minister and actually lasted until 1965. History.

I remember them all, of course. Castro came on the scene in the late 1950s and everybody in America was overjoyed until they found out he was a communist. That ended that.

So a decade or so ago, I realized that Castro and Queen Elizabeth were the only ones left from that era, and I wondered which of them would outlast the other. Castro died in 2016 at age 90. Elizabeth won. (Google reports that they were only about four months apart in age, both born in 1926.)

So now little Prince Charles from those newsreels is 73-year-old King Charles III. We can only hope he fares better with that name than King Charles I, who was beheaded in 1649.

Our recently departed Elizabeth II’s namesake Elizabeth I was the daughter of Anne Boleyn, who was beheaded by her husband, infamous oft-married King Henry VIII in 1536. Lots of heads rolled in English history.

I’m pretty old but I don’t remember those events when they occurred.

Posted by Jim Heffernan at 11:38 AM No comments: