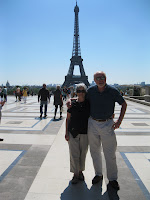 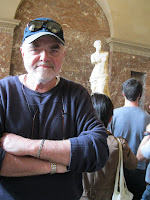 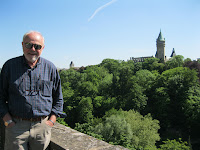 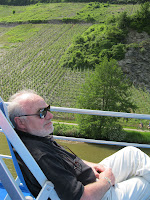 I hope the elevators were frequent in your Prague hotel. When I stayed at that skyscraper outside the old city, I had to wait and wait for the two elevators going up and down 14(?) floors.

If you met any diplomats, I assume they weren't looking over their shoulder at their minders. I spent a bit of time in the hotel restaurant with a West African ambassador who pointed out his minder a couple of tables away.

Oops! I forgot to mention that I was in Prague in September, 1974.

Hi, Mel...Wow, you were in Prague back in the Communist days. I understand it's quite different now. We were at the "new" Prague Hilton, which, I was told, is about 20 years old. Five-star hotel though; elevators worked fine. Think there were at least six. Didn't meet any diplomats looking over their shoulders, or even diplomats not looking over their shoulders. Great trip though. Despite Czech Republic changes, the Charles Bridge in Prague still goes over the river. -- Jim