Too many bowls can spoil the soup...

I always like to see the home team win, but, really, the Pinstripe Bowl? Whoever heard of that? (I’m not a sports fan so I haven’t heard of a lot of sports lore.)

So I looked it up. It’s called Pinstripe Bowl to pay homage to the New York Yankees’ famous pinstriped uniforms. And they play the game in Yankee Stadium, the house that Ruth didn’t build. His Yankee Stadium is long gone.

Never mind that the Yankees are a baseball team. Does this make sense? To honor them with a football bowl? Confusion reigns.

Let’s face it, college football “bowl” games have gotten out of control. I’m old enough (boy, am I ever) to recall a day when there were only about three bowl games that mattered, and the Rose Bowl was the king of bowls. The Orange bowl was lurking out there somewhere, and the Sugar Bowl’s been around for awhile, but none of them compared to the Rose Bowl. 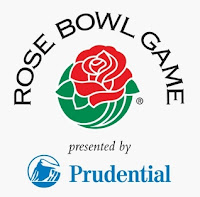 I went to the Rose Bowl game in Pasadena, Calif., once, a long time ago. The Gophers played there after the1960 season and again the following year. I was there the first time when they lost to the Washington Huskies. I was going to the University of Minnesota Duluth “Branch” at the time. That’s what we were known as then.

And while we had the Bulldog football team here in Duluth, we were part of the U of M, meaning the Gophers going to the Rose Bowl was a pretty big deal. So two friends and I decided to drive to Pasadena to see the game.

It was quite an adventure. We almost got waylaid in Las Vegas on the way because it was so much fun there, and so cheap. But we pushed on to Pasadena in time to see the big Rose Bowl parade and game. (The entire Cartwright family from the old TV western “Bonanza” rode by on horseback. The ranks of people who remember “Bonanza” are thinning.)

The night before the big parade and game we decided to take a run into downtown Los Angeles from our Pasadena motel to see what was going on in the big city. It seemed kind of quiet on the streets, but for some reason we went to the big Biltmore Hotel looking for action.

Turns out It was the headquarters for the Washington Huskies, the team our Gophers would face the next day. The bar was filled with exuberant Washington fans (it doesn’t take long to get exuberant in a packed bar) and exuberance is kind of catchy, so we just joined right in toasting the Washington Huskies with their fans. Didn’t feel a bit of guilt but this is the first time I’ve publicly confessed it.

As we were exiting the Biltmore after celebrating our opposing team, in the lobby I ran into a Duluth kid I knew. He and a buddy were in navy uniforms and had hitchhiked up from their base San Diego for the game. What is the likelihood of meeting a Duluthian among the many millions surrounding us? The two sailors didn’t have a place to say so they wandered into the Biltmore hoping to catch a few winks of sleep on the lobby couches.

Didn’t happen. My acquaintance told me much later back in Duluth that the hotel’s night manager “caught” them, ordered them to follow him and gave them the presidential suite, at no charge. Now that’s patriotism.

On to the game the next day. We didn’t have tickets, but we went to the Rose Bowl stadium in hopes of securing some. Crowds were amassing outside the huge stadium (it could hold the entire population of Duluth) among kiosks decorated in the colors of the two teams — maroon and gold for Minnesota.

We walked up to a Minnesota window and asked if there were any tickets. Yes, there were, but you had to prove you were from Minnesota. We told them we were from Duluth so to prove that we had to answer a difficult question about the city. “What is the largest hotel in Duluth?” we were asked.

Well now, let’s see. Could it be the Spalding, Holland, Fifth Avenue, Lenox, or Hotel Duluth? We said Hotel Duluth, and they handed us tickets to the Rose Bowl for a few bucks. Pretty good seats, too. Ten yard line.

Of course Minnesota lost to our newfound friends from Washington. They did win over UCLA the next year, and that’s the last time the Gophers played in the Rose Bowl.

Now on to next season. Maybe they’ll get an invite to the Famous Idaho Potato Bowl or the Guaranteed Rate Bowl or the Cheeze-It Bowl (I didn’t make those up). Is there a Toilet Bowl? I can hardly wait. If ya gotta go, ya gotta go.