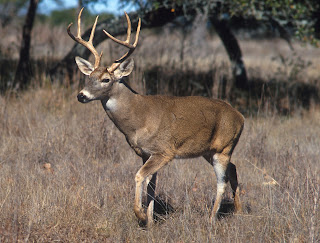 Written by Jim Heffernan for the Duluth News Tribune on November 28, 2020

Firearms season on deer has ended in Minnesota and is almost over in Wisconsin (ends tomorrow). I missed deer hunting again, just as I have for all of my adult life. Never done it, never will.

But as a kid I dreamed of going deer hunting with my father, who hunted every year. He always went with his hunting friends from his bachelor days, no youngsters invited. Looking back, fine with me. Besides, it was more dangerous back then. Read on.

I used to excitedly join him at home as he got ready for the big hunt, cleaning his Remington 30 deer rifle, filling his duffel bag. Yup, duffel bag — he called it a “tucker bag” — packed with extra clothes and whatever else you take to the big hunt, slung over his shoulder like a continental soldier.

In those bygone days (1940s-‘50s), hunters weren’t as particular about what they wore for safety in the forest and field. They were supposed to wear red, but they weren’t fussy about it and blaze orange had not been invented. My father used to wear a red cape over his wool hunting outfits, a dyed sheet fastened at the neck with a big safety pin. 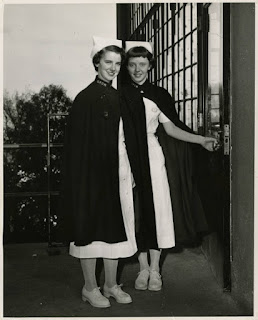 Capes were really quite popular back in those days, to digress a bit. Our iceman wore a black cape made out of rubber so he could sling blocks of ice on his back with tongs and carry them into our house to load in the icebox. It was the early days of home refrigerators, and they weren’t produced during World War II. We had an icebox until after the war.

Nurses wore capes too, navy blue over their crisp white uniforms when they went outside. I always thought of them as capes of good hope. Portending less hope, mean old Count Dracula always wore a cape. Cape fear. Of course Superman and Batman had capes. Escape.

But back to the deer hunt. These days you seldom hear about how many hunters were shot and killed by other hunters mistaking them for deer, but in years past the death toll among hunters was considerable. It was the main hunting season news story, front page news.

When I was a young reporter at this newspaper, reporting how many hunters were shot each day by other hunters was a daily chore. Whoever got the assignment would call around the sheriff’s offices in Northland counties to get the human toll. I don’t remember the numbers, but it seemed like every day there would be a few either dead by gunshot or heart attack. Deer hunting brought on a lot of heart attacks among hunters in the woods too.

Hunting methods have changed over the years, too, it seems. I see they now sell elevated stands that hunters just sit in waiting for an unsuspecting deer to show up below them. Back in the my father’s hunting years, several hunters would band together in a row, a few feet from each other, and “drive” through the woods, forcing frantic deer to flee before them.

Down the woods apiece, other hunters would be waiting on the sidelines for the deer fleeing the drive to get within range, and bang, that would be it. Venison. Maybe it was that method that caused so many shots hitting hunters themselves. Funeral.

Many hunters in those days also just wandered through the woods, hoping a deer would show up. In my early years, employing that method, my father only brought home one deer, which was skinned and butchered into various cuts of meat, a process that I was allowed to witness (grim). I always thought the prepared venison tasted kind of fatty, leaving a film on the roof of the mouth.

I know that deer hunting is a revered time in the lives of many men and some women. They have their remote shacks in the woods and gather each year enjoying the camaraderie as much as the hunt. Plenty of food and drink to go with it. Gutted deer strung up outside. More power to them, but not to me.

Finally, of course deer need to be “harvested,” as they often put it, before they end up smacking up the fronts of even more vehicles and consuming everyone’s gardens. Harvested is a benign word for “killed.” Maybe when they call the roll up yonder, and I am on it, they could put it in the paper that I was harvested by the Almighty. Make it easier on everyone…except me.