A look back six months: Was it all a dream — or a nightmare? 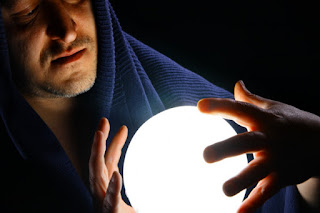 Return with me now to last New Year’s Eve–six months ago. I know…it already feels like different time in another era. Looks like it was, come to think of it.

Our New Year’s Eve 2019 was typical. For many years, we have celebrated the arrival of the new year the same way. Close friends annually throw a party in their home and invite a coterie of old friends together with some newer acquaintances. Adds up to upwards of a dozen or so celebrants.

Upon arrival, I was quite startled to see an old acquaintance from way back in our college days. I had thought we were both dead. I’d heard talk of him in the intervening years–about how he’d gone to Alaska and made a fortune in fish. I’ll call him Willie to protect the innocent.

I spotted him across the crowded room shortly after arriving and immediately approached him. “Fancy seeing you here,” I enthused. “Happy New Year.”

“Not gonna be so happy,” my very old rich friend responded.

Oh, oh, I was thinking. He must think the stock market is going to crash or the banks fail. The truly wealthy worry about that a lot. I asked him what he meant by the dour new year remark.

He took a sip of the red wine he was holding and said, “Well, it looks like there’s going to be a global pandemic affecting everyone in one way or another, killing thousands and throwing the economy into a tailspin.”

Whew, that was pretty shocking to hear. “Aw, you’ve got to be kidding. Can’t happen today,” I responded. “Ain’t happened since 1918.” I was quick with that date because my parents experienced it. “America can beat back any disease. It’s about to become 2020,” I went on.

“It’s gonna happen again in 2020,” said Willie, but I laughed it off. It was New Year’s Eve, after all. Let’s party. I wasn’t going to let that pessimistic tycoon ruin the evening.

“You wait and see,” he continued. “And if you think that’s bad, wait’ll you see what’s going to happen to the economy. The pandemic is going to close down the country and millions of workers will lose their jobs. Unemployment will match that experienced in the Great Depression.”

I started looking around the room for other people to talk to, to ring in the new year on a more optimistic note. Everybody was laughing, jabbering, imbibing a bit, munching on goodies and looking forward to the midnight arrival of 2020.

As I was attempting to break away, he took my arm and said, “There’s more.”

Willie looked me in the eye and said, “There’s going to be an incident of police brutality in Minneapolis resulting in the murder of an African American man that will result in major rioting in American cities and even spread throughout Europe and elsewhere.”

I just stared blankly at him with a look of incredulity. “Yeah, right,” I responded. “Are you sure that’s only wine you’ve got in that glass?”

“A major neighborhood in Minneapolis will be destroyed by rioting,” he went on. “Similar rioting will go on in major cities across the country–New York, Chicago, Los Angeles, Washington, D.C., Portland and Seattle. The Minnesota National Guard will be activated in Minneapolis to restore order and in St. Paul to protect the Capitol.”

I figured the minnow mogul had gone off his rocker somehow. “Hey, come on, I responded. “This is America. Things can’t get out of control like that here.”

With talk like that I was starting to experience a great depression of my own. Besides, it was only just talk.

I moved on to engage with other revelers, leaving him standing alone in a corner sipping his wine and eyeing the hors d’oeuvres. It was New Year’s Eve, after all. Bring on 2020.

In keeping with our annual practice, we all gathered in front of the smart TV as the countdown to the new year began. The Times Square ball had dropped an hour earlier in New York. Now it was our turn to toot our party horns and toast the new year with glasses of champagne.

As the clock struck midnight, spouses kissed, friends hugged, warm greetings were exchanged and “Auld Lang Syne” was sung in typical fashion. I glanced around the room for Willie, but he was gone, disappeared like a thief in the night.

“Jeez,” I said to a fellow partier standing nearby, “poor Willie ˙has really gone off the deep end predicting the new year will change our lives forever after disease, economic collapse and anarchy.”

The next morning I awoke thinking, did I dream all that? What a nightmare.