A degree of separation from Elizabeth Taylor not close enough... 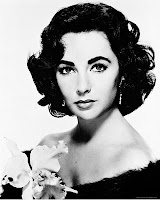 I often think of things in terms of degrees of separation – from me – when famous people are in the news. Geraldine Farraro dies; well, I have met Walter Mondale many times, she was his running mate, therefore, while I had never met her, I’m one degree of separation away.

Spending a lifetime in journalism, even in Duluth, offers the opportunity to meet a lot of prominent people, mainly in politics and the arts, as they inevitably find their way to Duluth at some point in their careers. I met quite a few in my years as a newspaper reporter and, for a decade, entertainment writer.

And, as with just about every journalist in Minnesota and the country, meeting Hubert Humphrey opened the door to a degree of separation from anybody who’s anybody in American politics in the last half of the 20th century. The same is true of Mondale, of course.

Then there’s Elizabeth Taylor, who died last week. I am a degree of separation from her, probably through Gregory Peck, but more closely through a friend of mine who entertained her at his home, and whose wife felt threatened by the actress’ attentions to my friend.

Such was the power of Elizabeth Taylor.

The contact took place in the 1980s when Taylor was married to U.S. Sen. John Warner of Virginia. My friend was president of a private college in that state, and, with his wife, hosted the senator and his wife – Taylor -- at a dinner in the college president’s residence on campus.

The Warners were charming, of course, according to my friend. Everyone was charming, you’d expect. But my friend’s wife, when recounting the story of the visit, was clearly irritated by Taylor’s attentions to my friend. She described how Taylor took my friend’s arm and walked closely with him as they moved into the dining room, and other attentions Taylor seemed to be paying him, in spite of the fact that Taylor’s husband, the senator, was right there.

It wasn’t serious flirtation, of course, and probably the way Taylor acted one-on-one with everyone she engaged with socially. But what amused me about hearing the scene described was that I’d always thought that my friend somewhat resembled Richard Burton, one of Taylor’s previous husbands. Not a shocking resemblance, but a suggestion. They simply looked somewhat alike – to me at least.

Did Taylor think so too? Who knows? Nothing more came of it, of course, other than an interesting conversation with my friends over gin and tonics.

Oh yes, and it assured me one degree of separation from Elizabeth Taylor. Not close enough, but it’ll have to do.
Posted by Jim Heffernan at 12:47 PM

Sounds like Kevin Bacon is right about the six degrees of separation. I went to school at East in Duluth with a girl who later moved to Peoria, IL. I lived in NJ for awhile and worked at a bank there and who was hired but a guy from Peoria who went to the prom with her!
Love your blogs!

Patricia: That six degree story you told is amazing. The older I get, the more I find how small that world is out there. Thanks for reading the blog!
Jim