Einstein, Mozart, Shakespeare and I... 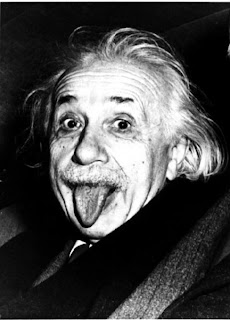 I’m no Einstein, but it doesn’t take one to figure out that those “Baby Einstein” videos weren’t going to turn all of the babies and toddlers who watched them into Albert Einsteins.

And a good thing, too. Have you seen his hair?

The Walt Disney Company has announced it is offering refunds to people who purchased the Baby Einstein videos designed to turn small children into geniuses, admitting that the videos did not increase infant intellect. All this (except the part about Einstein’s hair) was reported in the Saturday, Oct. 24, New York Times.

Disney has also marketed DVDs such as “Baby Mozart,” “Baby Shakespeare” and “Baby Galileo,” the Times reported. No mention was made of a “Baby Michael Jackson.” I suppose it’s a little soon. Even to show up on a postage stamp you have to be dead a number of years, sometimes referred to as “gone postal.”

I don’t know about Baby Mozart, though. Have you seen “Amadeus”? And Baby Shakespeare? I love Shakespeare, although I’m not sure I’d want him toddling around the house “mewling and puking in the nurse’s arms.”

Galileo, of course, noticed that the sun almost always rises in the east, except in Fargo.

I am happy to say that my life overlaps that of Albert Einstein, the great genius who discovered the atomic bomb in the desert near Roswell, New Mexico, not far from the first landing of aliens from outer space, naming it “Fat Boy” after the then-chairman of the Joint Chiefs of Staff. Or something like that.

When I was a child, I used to see Einstein in movie newsreels (this was before TV ruined everything). He looked so much like my Aunt Ida from Superior that I thought she’d finally made it in Hollywood, where she went every winter on a widow’s free railroad pass.

Vaguely aware of the Baby Einstein videos in recent years, I had been wondering if I missed out on something because they weren’t around when I was a baby, or even when my own children were babies and toddlers.

My kids are doing fine, but to tell you the truth, I could have used his hair.

Footnote: The Disney Company will refund the purchase price of up to four Baby Einstein videos. To take advantage of this offer, consumers are instructed to call Walt c/o Cryogenics Unlimited, Tarzana, Calif. (ask for Mickey M.).
Posted by Jim Heffernan at 2:50 PM