Lots of war and not much peace... 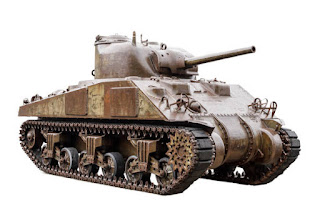 I have decided to write part of my autobiography, Here. Today.

I was born in Duluth one month after Nazi Germany invaded Poland, starting World War II. America wasn’t directly involved until two years later when Japan bombed Pearl Harbor. By then I was 2 years old, and I remember nothing about it.

So I was introduced into this world in wartime. World War II went on long enough for me to grow into being aware of the war. Fragments of childhood memory include seeing a lot of men in uniform and the deaths of two soldiers, sons of our church my family knew. I wanted a children’s military uniform and got a sailor suit. Lots of children wore little uniforms.

I remember the rationing of certain foods and gasoline and the saving of tin cans. My father sold our car because of gasoline rationing and tire shortages. We took the bus.

I was four when President Roosevelt died, the war still raging in Europe and the Pacific. I remember grownups talking sadly about the president’s death. And those grownups — mainly my parents — talked a lot about the war’s end, when the U.S. dropped atomic bombs on Japan in August 1945. By then I had completed kindergarten.

Everyone seemed relieved that the war was over. It was a joyful time. No more war forever, it seemed.

Five years later, when I was 10, the Korean War broke out. They didn’t want to actually call it a war so it was mainly referred to as the “Korean conflict.” My brother had graduated from high school and was concerned about being drafted. All healthy males in America were subject to the draft at age 18, war or no war, for decades. Unless, of course, they had bone spurs.

Things seemed to settle down a little after the Korean War came to an end following three years of fighting, About 40,000 American service personnel were killed, many more wounded. Duluth’s Marine reserve unit was hard hit. I was getting into my teens and soon would have to register for the military draft myself.

But throughout that period something called the Cold War was ongoing, with ubiquitous references to possible nuclear war with Russia. No actual fighting, though, involving the U.S. Everyone was relieved when Soviet Premier Joseph Stalin died, but it didn’t do much good, as Hungary found out a few years later.

What is more, there was this Indochina war going on throughout the rest of the 1950s. It seemed awfully far away and remote until America’s leaders started grumbling about the spread of communism in Asia (falling dominoes) and began sending more and more American troops to “advise” the leaders of a place called South Vietnam, under siege from the communist north of that country.

Oops, by now I’m of draftable age, but was deferred from conscription because I was in college. After I finished college in 1962, I joined the National Guard to avoid the draft (six months active duty vs. two years) and recall being told in boot camp that you guys better pay attention to your training because things are getting hot in a place called Vietnam.

I had joined shortly after tensions between the U.S. and Soviet Union resulted in the building of the Berlin Wall, and the closest most historians believe we ever came to nuclear war, the Cuban Missile Crisis of 1961. Dangerous times. War and rumors of war, as the Good Book says, portending the Armageddon.

The war in Vietnam kept right on going though and by the time it ended in 1975 with the fall of Saigon (we didn’t win), some 55,000 American service personnel, majority of them my age, had been killed. Their names are on a black wall in Washington, D.C.; you can’t visit without getting choked up. I served in guard and reserve units right here in Duluth until 1968 when my obligation ended. Whew. Never got called up.

I was getting too old for military service in the 1970s and had married and started a family. The next several years seemed pretty peaceful, and besides, I was busy being a husband, father and tending to making a living.

But that pesky Middle East kept flaring up and finally boiled over in 1990 in a conflict we now call the First Iraq War and also known as Operation Desert Storm. Short lived, and not many casualties, but war nevertheless. It drove Iraqi dictator Saddam Hussein out of Kuwait and kept American military personnel busy over there for several years.

And can’t forget the 1990s trouble in the Balkans, the ethnic cleansing, the disintegration of Yugoslavia, the revival of centuries old grudges among the populations of such places as Serbia, Croatia and Slovenia.

Then in 2003 American leaders declared the Second Gulf War in Iraq in response to the September 2001, attacks on the World Trade Center and other targets, including the Pentagon in Washington, D.C. No one has ever shown that Iraq had anything to do with the 9/11 attacks. That one went on until 2011, concurrently with the war in Afghanistan that also got going in 2001 and just ended last year. Many Americans died and were wounded in both theaters.

I’m almost out of space, but not wars. Here we go again. I need hardly mention that a couple of weeks ago war erupted in Ukraine, started by Russia for no good reason, just like all the rest. America is not directly involved with troops this time around. We’ll see if that lasts. And hey, they’re back fighting in Europe where this personal account started.

That’s my life in war and very little peace. I’m pretty old now, but feeling fine. I figure there could be a couple more wars before I call it quits. Stay tuned.

Posted by Jim Heffernan at 9:16 AM