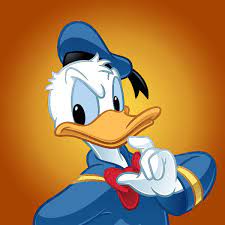 Written by Jim Heffernan for the Duluth News Tribune, 7-10-21 edition

We’ve been hearing a lot of “conspiracy theories” that offer alternate realities about who actually attacked the U.S. Capitol last Jan. 6, and other matters of national concern like who won the last presidential election.

Many of these tales are attributed to what is known as QAnon and repeated by certain high level political operatives and even some Congress members as “truth.” It’s been called the “big lie.”

I spent almost the entire day Jan. 6 glued to the TV watching the insurrection. Many men in the mob were wearing red MAGA hats and earlier in the day had attended a rally outside the White House led by the then U.S. president, who was challenging the last presidential election’s outcome. Of course you know that. Who doesn’t?

But in the ensuing months, conspiracy theorists, often inspired by QAnon, have claimed that those in the mob attacking the Capitol were not supporters of the former president at all, but others — even Democrats in disguise and anti-fascists  — who were trying to make the ex-president look bad.

The latest is that the FBI was behind the whole thing, causing further spinning in disgraced FBI founder J. Edgar Hoover’s grave. Poor Hoover hasn’t had a day’s eternal rest. Then there is the claim that the mob consisted of a group of peaceful, patriotic tourists seeking to tour the Capitol. Yeah, right.

Do you suppose the QAnon believers and supporters might be running out of theories on who, other than supporters of the ex-president who actually did it, might have been responsible for the riot that threatened members of Congress, damaged the Capitol building and shook the very foundations of American Democracy?

If they are running out of theories, today I offer a few more, free to QAnon conspirators. So here are some new ideas for the QAnon crowd to pursue in trying to whitewash the insurrection.

All that said, I now offer a list of a number of fresh conspiracy theories for QAnon to consider in blaming others for the attack on the Capitol that are equal in credibility to those already advanced.

— Have they considered the possibility that Donald Duck, who wears a blue jacket but no pants, was behind the whole thing? Ridiculous? Hold it. Duck’s three sons, Huey, Louie and Dewey are grown now and have come under the influence of Donald’s wealthy uncle Scrooge McDuck, a well known activist and George Soros-like supporter of liberal causes who might gladly finance an insurrection to make the immediate past president look bad. Go ahead and take it, QAnon. It’s free.

— Then there’s Mickey Mouse and wife Minnie. With Disney’s millions — billions? — behind him, Mickey, who wears pants but no jacket, could easily have financed and organized a fake MAGA riot with the help of other Hollywood elites seeking to blame the good-hearted supporters of the then-outgoing president. Ms. Minnie Mouse, who wears high-heel shoes on great big feet, is said to be considering a run for Congress as a left-wing supporter of the Affordable Care Act and other traitorous causes opposed by QAnon and others. (Possible error alert: It might have been Daisy Duck, Donald’s spouse, who had big feet. Check Google.)

— Let’s not forget Bugs Bunny. He’s perfect. He’s against everything. He could easily have been behind the whole thing, munching on a carrot and asking pertinent questions like, “What’s up, doc?” How about a noose for the vice president?

— People think Dagwood Bumstead is such a nice guy, only interested in eating huge, layered sandwiches and not taming his cowlicks. But what’s he up to behind the scenes when he’s not sneaking a catnap or kibitzing with Blondie? Take a look at neighbor Herb and the others in his carpool. They could have organized the mob that started the attack while actual, real, supporters of the erstwhile chief executive were busy helping the poor, the homeless and the overtaxed, even as Bumstead boss Mr. Dithers dithered.

But enough. Whoever is behind QAnon conspiracy theories absolving those who attacked the Capitol on Jan 6 of any responsibility for attacking the Capitol on Jan. 6 are good enough themselves at coming up with others to blame.

Posted by Jim Heffernan at 3:35 PM