Between heaven and that other place... 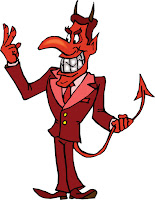 Written by Jim Heffernan for the Duluth News Tribune on Saturday, January 23, 2021

Cooped up avoiding COVID-19, witnessing history in which American Democracy is seriously challenged, and not getting any younger prompted some of these devilish thoughts:

When I was growing up I was told that when you die you either go to heaven or to hell. If that is true, and it should turn out that I end up in hell, I’ll be interested to encounter some people I assume are there or will be coming as time goes by.

I don’t mean the usual suspects like Adolf Hitler and his team, Benito Mussolini, Joe Stalin, Genghis Kahn, Attila the Hun, Roman emperor Caligula and quite a few others who have made names for themselves doing bad things.  Who would look forward to meeting them?

Not that I am responsible for condemning these men to eternal fire (yes, all men but there probably are women in hell too; read on). “Judge not that ye not be judged,” the Good Book says but I think we can agree this bunch of evildoers is roasting down there with many others of similar ilk.

Women? I had to dig a little in my memory bank, but you’d think Axis Sally and Tokyo Rose would be holding forth in the fires along with others of their gender like Lizzie Borden, who took an ax and gave her mother and father 40 and 41 whacks respectively. Their exploits in life might send them downward. Many younger people might not be aware of the exploits of Axis Sally and Tokyo Rose during World War II. Google them and you’ll find out there were several of each.

But that was long ago. Surely we have more recent malefactors to populate the place of perdition. It’s not my place to condemn anyone but if I could I’d recommend certain robo callers who telephone me several times a day to inform me that my computer has gone awry (lie) or my vehicle warranty is running out (ain’t got one) or my credit cards are being hacked (by Russians?). There’s a special place down there for them. 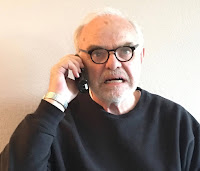 And then there are the young-sounding guys who greet me on the phone as “Grandpa” and want me to send money to bail them out of jail, where they are ensconced for a crime they didn’t commit. These guys are well on their way to hell at a very young age as far as I’m concerned.

Or how about some of the U.S. Capitol invaders on Jan. 6? One of them showed up doing an actual devil impersonation — horns, flowing mane, bare chest, painted face and body. Just think how proud the now ex-president must have been to have that clown among his fervent supporters. Is hell their destination? You be the judge.

Still, hades might not be all that bad all the time. There have to be some interesting people who didn’t go around starting holocausts and world wars or sacking Rome or the U.S. Capitol or whatever. The other night I was watching a movie channel on cable TV in an effort to escape that day’s news when on came “Robin Hood” with Errol Flynn, the best of many actors who took that role on.

Flynn might be largely forgotten by many or unknown to today’s generation, but he was pretty hot stuff in his prime as a movie actor. Provenance of the expression “In Like Flynn” is said to have been inspired by his chosen lifestyle. Still, he seemed like an amiable guy who might be interesting to talk to if, as many surely assume, he became a denizen of hades, joining others with similar proclivities like Donald “Don” Juan and Casanova. The composer Mozart sent Mr. Juan into hades in spectacular fiery manner in one of his operas, “Don Giovanni.” Juan, Giovanni, same guy, same destination.

But there are many whose dissolute lives overlapped my own generation you’d want to avoid down there. Gangster Al Capone comes to mind. How about infamous bank robber-killer John Dillinger? Or the gang in the airplanes who were responsible for 9/11, inspired by Osama bin Laden. You can’t go around blithely murdering people and not eventually meet up with the devil himself.

In my growing-up years I was often told that any man “who never stuck his nose inside of church” would be headed in the wrong direction when his time came. I don’t know if regular church attendance is the sole criterion for eternal salvation or lack of it. I have noticed at times that when final rites are pronounced for such a person it’s said they were saved at the last minute from heading toward perdition. Good for them.

But I have to admit old Beelzebub can’t be all bad. He came up with some pretty good eats like devil’s food cake and deviled eggs.

But enough Faustian folderol. No one can be sure where one is headed or where others are going or if they’ll be going anywhere at all. It could be a surprise to some, such as the person quoted on a bumper sticker I once saw: “Where am I, and why am I in this hand basket?”

Like the great singer-songwriter Iris DeMent put it in a memorable song, I think I’ll just “Let the Mystery Be.”