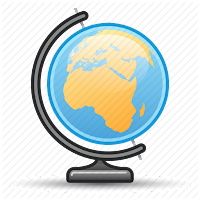 How are things in Burkina Faso?
By Jim Heffernan

When the Korean War broke out in 1950 – I was quite young at the time – I’d never heard of a place called Korea. There were a lot of places I’d never heard of at that tender age, of course, but you accumulate knowledge as you grow older, and at least learn the names of various outposts as they show up in the news.

There even comes a day when your formal education is complete that you kind of figure you know where everything worth knowing about is on the globe. Well, not every little place, but at least countries around the world. Some might not be very familiar, but at least you know what continent some place in the news is on. If you’ve got a dental appointment in Samarra, you know right where to go, but I don’t recommend it.

So recently when there was news of unrest in a place called Burkina Faso, I was surprised I’d never even heard of it. Nor had I heard of Burkina Faso’s capital city, Ouagadougou. (Pity the poor broadcast journalist trying to pronounce that one.)

Where have I been, you ask?

I sometimes wonder myself. Here I thought I knew where most places were and this entire country in West Africa, with perhaps the most difficult-to-spell capital city on the planet, totally escapes me.

It set me thinking for a change, and I realize that many of the places I thought I knew about went and changed their names when I wasn’t paying attention. A check with Google reveals that Burkina Faso used to be called Upper Volta. Well, why didn’t they say so! I remember Upper Volta quite well. Isn’t that where we get our electricity from? Or is that Lower Volta?

This has also happened elsewhere. When I studied geography back in the Paleozoic Era, there was an island off the southern tip of India called Ceylon. So what happens? Suddenly it’s called Sri Lanka. When I first heard it called that I thought Sri Lanka was a tall skinny fashion model, maybe married to David Bowie, maybe not.

Then there was Burma. I knew Burma. It was on the road to Mandalay, where the flyin’ fishes play, and the sun comes up like thunder out of China ‘cross the bay. Suddenly, and without warning, no more Burma (although it’s still a pretty good shaving cream). They changed it to Myanmar. How confusing is that?

Moving over to India, what in the world happened to Bombay? I’ll tell you what happened to Bombay. They now call it Mumbai. Why? I don’t know. To confuse those of us who had been complacent in thinking we knew where most things are, or were?

And don’t get me started on Zimbabwe. Poor Cecil Rhodes, who had an entire country named after him, only to have Rhodesia become Zimbabwe.

This sort of thing has been bothering me for a long time and I’m happy to get it off my chest. Such things rarely happen in the United States of America. A place gets a name and sticks with it. Duluth. Chicago. Miami. And when American cities change their names, it makes sense.

Take a town in New Mexico formerly known as Hot Springs. In 1950 it changed its name to Truth or Consequences, after a radio quiz show of the day. The reason? Too many honeymooners with the old name.