A punny story for the new year: Three jokes, one story, no blood pressure cuff...

Preface: Recently I made up three jokes. I don’t ordinarily go around making up jokes but these three just happened to occur to me, not all at once, but one at a time over a couple of weeks.

I’ve been trying to figure out a way to use them in my public writing, but they are unrelated thematically, so they’ve just been rumbling around in my head as I saunter through my life.

Now I’ve got to get them out so that I can get on with 2013. I almost never tell jokes in conversation, so I’ve decided to work them into a single story here, not an easy task because they are so different, so unrelated. One is a shameless pun, another a regular joke and the third slightly off color. Very slightly.

What follows is that single story incorporating the jokes... I just had to do it. 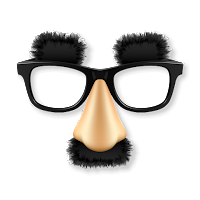 It was a dark and stormy night (you can see right there that this is going to be pretty profound) and a few of us were sitting around the wood stove discussing world history, as is often our wont. Naturally, the subject of Attila the Hun came up.

A few in the group were harshly critical of Attila, and you can understand why. He and his tribe, known as the Huns, ravaged much of Europe in the first century, A.D., some 20 centuries ago, give or take a few hundred years. Somehow Attila has come through the ages as one of the meanest guys ever.

But I had to defend him: “You can say what you want about Attila, but he stuck to his Huns.”

After our wood-stove session, feeling the pangs of late-night hunger, a few of us decided to go out for a bite. McDonald’s was about the only handy place open and, besides, we knew one of the workers there and always enjoyed talking to him.

Upon arrival, though, we noticed he wasn’t behind the counter. We asked one of the other workers, who revealed that our friend had quit McDonalds and taken a position at Kentucky Fried Chicken, adding, “He went from flipping burgers to flipping birds.”

But we stayed at McDonalds, ordering burgers all around with fries and soda. While munching, two of the older members of our little group -- suddenly and without warning -- got into a deep discussion involving one very personal confession.

The rest of us overheard part of it: “I’ve given up foreplay,” the first one confessed, his face reddened either from high blood pressure or embarrassment -- we couldn’t tell which and nobody had a cuff along.

“That’s nuthin’,” the second one responded gravely, “I’ve given up golf entirely.”
--------------
There you have my three jokes, all wrapped into one tall tale. After reading them over I’m feeling a little flushed myself out of embarrassment or…who knows. But I just had to do it.   Jim
Posted by Jim Heffernan at 12:43 PM