I the jury....make that I not the jury 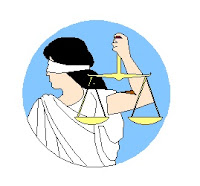 I recently received a summons to report for jury duty in September. It brought back memories of former jury service, and also the hundreds of hours I have spent in courtrooms…as a journalist covering trials.

Courtroom coverage can be stultifying, but it can also be interesting and sometimes exciting. When one murder defendant at a trial I covered heard the jury’s guilty verdict, he began to loudly wail and, sitting beside his attorney at the defense table, slowly crawled into the attorney’s lap, folding himself into the fetal position.

That’s the kind of scene that a reporter can really sink his (in my case, his) teeth into in reporting the story.

Sometimes coverage of capital murder can be horrifying, when testimony goes into great detail – as it always does  – about exactly what happened to the victim. In one trial, large color photographs of a murdered man – he’d been bludgeoned – were entered as exhibits and turned over to the court. During a break, the judge invited me into his chambers to look over the photos. I had known the murdered man slightly, and reviewing those pictures was not a pleasant experience.

In another case in which a murder victim was shot and killed with a deer rifle fired through the windshield of the victim’s car, the entire court proceeding – judge, attorneys, jury, me -- was adjourned to a storage garage to review the car with its bullet holes and blood and flesh still on the upholstery. It had been a nice Chrysler convertible.

Court coverage can go with a reporter’s territory, and, because you are familiar with the court system – the attorneys, the judges, the police, even the bailiffs – you are apparently disqualified from serving on juries. Not officially, mind you, but take my experience: I have been called to jury duty four times and never selected to hear a case. Number five coming up in September.

Attorneys, mainly defense attorneys in criminal trials, are wary of anyone with the slightest knowledge of the case being heard or of court procedure in general. The less you know, the more likely it is that you will be selected to hear the case. The same is true in civil cases.

I got dismissed the last time I served because I had to admit the defendant’s record could influence my thinking in weighing the case, even though I understood that only the evidence in the case being heard should be weighed.

In that case, a man being tried for arson denied intentionally burning down his house. During questioning of prospective jurors, one of the attorneys – can’t recall which side – noted that the defendant had been convicted of burning down another house a few years before this house had burned. “Would knowledge of the previous arson case influence your thinking on this case?” asked the attorney.

Fully recognizing that any verdict in the case we were hearing should be based on evidence in this trial, and this trial alone, I had to admit that knowing of the previous arson conviction would color my thinking.

Out I went. And deservedly so, according to the rules.

Last week, I was one of 35 prospective jurors for a rape trial here in Fort Lauderdale. I've served on 2 criminal and 1 civil case (wouldn't mind being a professional juror, but that's another story), so, in my mind, I would probably be the type of juror either side would be looking for, but I wasn't selected.
After reading your blog, I thought back to my day in the courtroom and to the jurors actually chosen. You're right - none of them seemed well-educated, analytical types. Hadn't heard of the crime, didn't read newspapers or watch news casts. People who would know only the facts told in the courtroom.
It's a good thing I wasn't selected, because as I watched the suspected rapist from across the room, his appearance and body language led me to my own verdict.

I was never called to jury duty until I moved to Duluth, then I was called twice.

The first time we waited and waited in another room as attorneys argued over this and that. Finally they agreed to settle. We were dismissed and sent a small check.

The second time I noted a small box that one could be permanently excused if over 70. Since I have a propensity to fall asleep in lectures, I checked the box.

HI Jill & Mel,
Thanks for the comments. Always good to hear from you. Serving on jury duty never fails to be an interesting experience. I was geared up to the call this time but had second thoughts about finding the time this fall to actually serve and decided to use the age factor to opt out (like you, Mel). Guess it's nice to have such an out when you need it. Thanks again for your comments and for reading the blog!
Jim