On the road again... 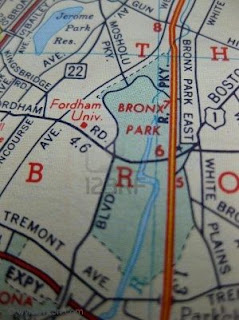 On the road again,
goin’ places that I’ve never been,
with my loyal G.P.S. by my side
With all due respect to my loyal and longstanding wife, I recently discovered I might be falling for someone else. Sorry, honey, you can blame modern technology.
I’ve never actually seen this “other” woman – I’ve only heard her speak -- and I wouldn’t want to embarrass her by revealing her name. Let’s go with her initials – G.P.S. But, wow, she is one smart cookie.
She invaded our lives on a recent motor trip down the midsection of the country, from Minnesota to Florida, some 1,400 miles of pretty good road. We beat the recent blizzard of the millennium, traveling across the storm’s track a few days ahead of the crippling monster.
For the first time, we used this little box about the size of a wallet (only thinner, although mine will be thinner in a few weeks too) with a small screen and inside female voice telling you where to go -- in no uncertain terms. And what a voice. It is the voice of reason and assurance. “Turn right at Highway Z 500 feet,”  or “Take exit 73 and turn right 1,000 feet, turn right again in 300 feet on McDonald’s drive.”
She even knows where all the McDonald’s fast food restaurants are, or anywhere you might want to stop. “Turn right 500 feet, then another right for Museum of Interesting Things.”  That’s just an example – there is no museum called Museum of Interesting Things. All museums are supposed to contain interesting things, although not all of them do. But back to the road.
The more G.P.S. talked, the more impressed I became. It got so that I was depending on her to get us to our destination. Best of all, no more stopping at filling stations to ask directions.
Like many other men, I resist stopping at filling stations to ask directions. I can never understand what the attendant is saying once you get south of a line extending from Des Moines to Chicago to Indianapolis and beyond in both directions. No trouble understanding G.P.S., though, and the more she talks the more you appreciate her. What a memory, what an intellect.
G.P.S knows the back roads, too. “Turn right one quarter mile for Pecan Emporium.”  She even knows how to pronounce pecan – peCON, not PEcon. “Can” in pecan is pronounced, “con” in either case, nut experts point out. Personnel at The Museum of Interesting Pecans say it can be pronounced either way, but I think they’re nuts. I go with G.P.S.
I’ve always admired women who know a lot about geography anyway. They know where they’re going and also where Bahrain is.
There is one problem with G.P.S., however. I think she might be a Republican. She’s always saying “turn right,” “turn right,” and almost never says “go left.” Not that there’s anything wrong with Republicans that voting them all out of office wouldn’t take care of.
I think I’ll stick with my loyal and longstanding wife after all.
Afterword: I suppose it’s possible that somebody, somewhere doesn’t know that GPS stands for Global Positioning System. They’re amazing.
Posted by Jim Heffernan at 3:01 PM

Hi Jim
GPS bah, who needs feminine electronics to point the way. I believe in dead reckoning. The sun, moon, stars and that, "I know it's this way", feeling in the bones.
Dead reckoning, also something the wife has wished upon me many, many times in our travels. A sentiment usually spoken in a soft but rather firm tone: "One more wrong turn and I reckon you're outta here, sweetie."
Have a great vacation. Enjoy the warmth.
Erick H.

Erick: That GPS device is really amazing, but I will miss dead reckoning. I too get that feeling in the bones about directions, and, by golly, when it comes to that I find I'm right an astonishing 5 or 10 percent of the time. Must have good directioning genes. Always enjoy hearing from you. -- Jim