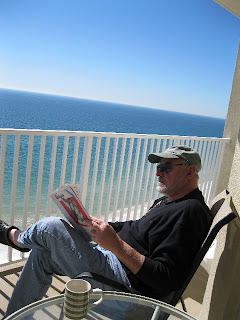 I’m in Florida, but only about two miles from the Alabama line. Too bad I’m not on the other side of that line. Alabama this week was named the laziest state in the union. Yes, the union, not just the confederacy!

Of course I’m from Minnesota, spending a few weeks away from our harsh winter, so I am up on the news down here. And all over the 10 o’clock news the other night was a report that Alabama has been declared the laziest state.

How lazy are the Alabamans? They won’t even lift banjos from their knees. Oh, Susanna! How indolent can you get?

Polls often compare various rankings of states – most or least taxed, best educated, wettest, coldest, dumbest – and Minnesota usually does pretty well, but it’s clear from this poll that Minnesota has fallen down on the job in instilling laziness in its citizens, not to mention aliens, both domestic and space.

We can, and will, do better. We will do a little better as soon as I get back up there if I can muster the energy to pack my suitcase and load the car. These are not fun chores for the truly lazy, among whom I count myself as a card-carrying charter member. I’d put myself up against any Alabaman in the lazy category. Also any Alabawoman.

The fact of the matter is I’ve always been lazy. When I was a child everybody used to tell my parents, “James is lazy.” Well, not everybody. School teachers and neighbors though. Who else cares?

As a child at home, I was told they hoped I wasn’t as lazy as a feckless older cousin on my father’s side. He was portrayed in my family as our laziest relative, hands down. Why? Just because he wouldn’t work. Go figure that.

Chastened, I assured my parents I wouldn’t be as lazy as this cousin, and I don’t think I was quite as lazy, but still plenty lazy. When I was a teenager, other kids had summer jobs, but I didn’t. Too lazy. I did have a year-around job my father pushed me into, working one night a week in the mailing room at the newspaper, a job so physically demanding that it knocked the ambition right out of me, not that I had any in the first place. You had to lift piles of those big, fat Sunday papers and carry them around.

The rest of the time (in summer) I’d just lie around, not doing much, watching old movies on black-and-white TV, riding around in my car, smoking cigarettes and watching Captain Kangaroo.

I was even too lazy to go fishing, which is what many closeted lazy males do to hide their laziness. Fishing is our laziest sport, but there’s always the danger that you’ll catch something and have to deal with it. Why go at all?

In school, the teachers would complain that I wasn’t working up to my capacity. The key word here is “working.” Of course I wasn’t. I was too lazy.

When I had to work (“if ya wanna eat, ya gotta work”) after I loafed through my education, I got a job as a newspaper reporter. This is a good job for a lazy person because it largely involves sitting down and typing stuff up, like I’m doing right now, a lazy Minnesotan in Florida, not far from Alabama.

Now I guess I’ll saunter out to the beach and relax beneath the sun. As the song goes, “That lucky old sun’s got nuthin’ to do but roll around heaven all day.” Sounds good to me. Yawn.
Posted by Jim Heffernan at 3:27 PM