Turkey day: Time to flip that bird into the oven... 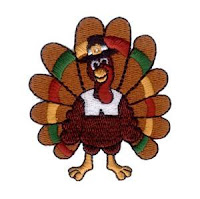 On Thanksgiving eve, as we were preparing to gather together to ask the Lord’s blessing the next day, I was intrigued by some of the contents of the Duluth daily newspaper.

Some ads got my attention first. Several large and well-known department stores would be open for business on Thanksgiving Day, they proclaimed.

You wonder if the Lord is blessing that move, although, whether the churches like it or not, Thanksgiving is a civil holiday, set by law. It is not in the Constitution itself, though, much to the chagrin of Tea Party partiers, you’d think. It’s founding fathers, not founding feathers.

But onward. One of the stores in the ad inserts that caught my attention advertised as a suggested Christmas gift a home brewing kit called “Mr. Beer.”

Mr. Beer. For Christmas. Under the tree. I was brought up in a more or less non- or anti-drinking (the anti- being observed more religiously than the non- in some cases) home and church environment in which even talk of drinking alcohol was pretty much taboo.

Now in 2010 we might find Mr. Beer under the Christmas tree? We should have seen this coming, Mr. Coffee having made such inroads, outlasting even Joe DiMaggio, who used to hawk the Mr. Coffee machines after his baseball and Marilyn Monroe careers. Who might be a good spokesperson for Mr. Beer? Send nominations to Milwaukee.

I hope I don’t receive a Mr. Beer set for Christmas. Maybe Mr. Vodka, but not Mr. Beer, thank you very much.

Setting aside the ad inserts, I found the potpourri of the day’s news on Page 2 most interesting. In keeping with recent trends (the past 2,000 years or so, give or take a millennium) the news was not good in this collection of snippets from the wires of the Associated Press and other sources. Some of it was appalling, but there it was, and I noticed.

Under the headline “Man found guilty of torturing teeen” (are teenagers getting so powerful they get three e’s now?), a guy in San Francisco was found guilty of the following charges: aggravated mayhem, torture, kidnapping and false imprisonment. You’d think just plain mayhem would do, but aggravated mayhem? Boy, this is one bad dude. Then on top of that “false” imprisonment? If he imprisoned the teeen, wouldn’t it have been “true” imprisonment? Inquiring minds do not want to know. This was enough.

Then, on the same page, a few headlines away, appeared this one: “Priest accused of trying to hire hit man.” Yes, a priest in Texas allegedly hired a hit man to erase (my word) a teenager who accused him of sexual abuse. Well, there’s a new low. At least aggravated mayhem didn’t involve erasing anybody. For the record, the priest was caught before the hit occurred.

It happened in what was described as, and I quote, “the West Texas community of Rock Springs, a rural enclave known for sheep and goat herding.” Now, I ask, why bring innocent sheep and goats into this priest abuse story? You wonder.

As an aside, I had thought that America had gone beyond sheep and goat herding. Afghanistan, yes. But Texas? Maybe we should let the state secede from the Union after all, as its Gov. Rick Perry, R-Mars, has suggested.

Finally, still on Page 2, we learned that young Bristol Palin – described as a 20-year-old single mom but we all know who HER mom is -- was finally eliminated from “Dancing With the Stars.” Said Bristol before the outcome: “Going out there and winning this would mean a lot. It would be like a big middle finger to all the people out there that hate my mom and hate me.”

I don’t know about you, but I was brought up in a home and church environment where even talk of raising a big middle finger to people was largely taboo.

But enough. We’d better get to flipping our bird into the oven. Twenty pounds this year. Weighs more than our late dog.

Happy Thanksgiving…in spite of it all.
Posted by Jim Heffernan at 12:54 PM

You've got the Thanksgiving spirit!