Confessions of a quasi-veteran on Veterans Day... 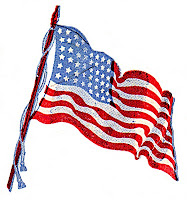 This is a big week for American veterans, as I was reminded in a church service on Sunday (Nov. 7). In recognition of upcoming Veterans Day, they asked all veterans in the congregation to stand and be honored with a round of applause.

I didn’t stand, although I am a veteran of sorts. I served the Army, if not IN the Army, for six years in the 1960s, but only for six months plus two weeks every summer on active duty. Being a weekend warrior (oh yes, we spent one weekend a month on “active duty” too), I have never felt that I am a bona fide, genuine, real, 100 percent veteran.

So I didn’t stand with the grizzled old vets (most appeared to be of the Korean Conflict era) when the preacher invited them to rise. My father would have stood right up, though. He was a proud veteran of service during World War I, the end of which – eleventh hour of the eleventh day of the eleventh month of 1918 – is the reason Veterans Day is observed on Nov. 11.

My father was a sergeant and waiting on the East Coast to be shipped to France and trench warfare when the armistice was announced. Instead he and a few buddies did New York City, the only time he was ever there, and then came home, proud veterans. He was a charter member of the American Legion when it was organized in the 1920s and remained a loyal member for the rest of his life, which ended in 1971.

His Army service, in the telling, was a high point of his life. It was not such a high point of my life, but certainly memorable. As a member of the Minnesota National Guard (and later Army Reserve), I only had to serve six months on REAL active duty, but it’s the worst six months as a trainee.

Going from enlistee to soldier was accomplished in those days (as it no doubt is today in somewhat different form) in eight weeks of basic training, or, as some call it, “boot camp.”

Thinking all of this over in the intervening years, I have come to the conclusion that I was not cut out to be a soldier. Maybe it was because I was three or four years older than the majority of the men in my basic training unit. I had graduated from college and many of the other guys were fresh out of high school.

I think the older you are the more you question and analyze the techniques the Army used to mold civilians into soldiers. At that time, the main technique was fear, administered by Army-sanctioned bullies called “drill sergeants” who, in addition to their apparent 24/7 meanness and anger, were the finest cursers I have ever known, with the oaths directed indiscriminately at individuals and groups. Many intimate body parts were mentioned, in addition to some of their purposes, including procreation.

It was not a good sign – at least I didn’t think it was after being trucked into a quadrant of buildings (barracks left over from World War II) -- that three of the sergeants administering our eight-week punishment were named Savage, Poison and Drear. I am not making that up, although I have altered the spelling a bit for effect. Poison spelled it Poisson, and Drear’s name was spelled Dreher.

Theirs was not an easy job, having to act angry all the time, leading troops on long marches through muddy Fort Leonard Wood, Mo., overseeing maintenance of barracks that involved constant mopping, wiping and polishing (including toilets) on the parts of their charges, getting up at 4:30 every morning in time to shake the bunks of sleepy soldiers-to-be.

In retrospect, I almost feel sorry for the sergeants, but that didn’t occur to me at the time. I felt sorry for me. Oh well, it was an experience.

One of the most interesting experiences was watching the sergeants’ favorite recruit, a Private Stahr, get out of almost all of the training due to alleged football injuries and other ailments. Stahr was a bulldog looking guy with a thick gorilla-style neck, who, it was rumored around the barracks, had been a professional football player -- nobody knew what team. Bart Starr was a Green Bay Packers standout in that era and the similarity in names rubbed off on our Stahr, for no sensible reason, but it did.

He did look like he could clean the clock of anyone who challenged him, and I think the sergeants were in awe of him, even a little afraid to get tough with him. The result was that Stahr spent most of his time in the barracks, reading and relaxing, while the rest of us tromped off – often at double time -- on what seemed like death marches. It was explained that Stahr’s old football injuries had cropped up, but, as the sergeants often put it, if Stahr could participate in the training he’d show you wimps what a real man was like.

I wonder if Stahr would have stood up last Sunday in church to be honored as a veteran. He was a six-monther like me who, it was rumored, would be drafted by the National Football League as soon as he got out of the National Guard, not sure which team, or if the injuries that prevented him from the tough stuff of boot camp would have healed in time for the next gridiron season.

But, as stated, I did not stand up to be honored. I looked around at the old vets who did stand up with great respect. Some had undoubtedly been shot at in Korea, and laid their lives on the line. Some might have spent their military time behind a typewriter. Armies need both.

So happy Veterans Day, or, as my father always put it, “Armistice Day.” Good thing they changed the name. There have been at least six wars involving America since 1918, including the two going on right now.
Posted by Jim Heffernan at 2:37 PM

Well, Jim - Despite your mixed feelings towards your service in the military, and coming from a proud relative of three generations of military, I thank you for your service to our country.

As I know you know, our weekend warriors are well educated, multi-talented, thoughtful, reverent, family-oriented men and women (both young and older). Our reservists understand duty to country, and honor in service, as they and their families are asked to carry an increasingly large part of the burden of our nation’s military obligations. They are a new breed. It is an honor to know them, and to remember them this Veteran’s Day.

I hope the next time you find yourself in a crowd that is asked, “Who here are military or ex-military”, you will stand tall with your brothers and sisters and be proud of your service, however short a time it was. And I hope you will understand by standing with them, you are showing your support for the sacrifices they and their families have made in the past, are making today, and will continue to make in the future.

Hi, Jeri -- Sorry you couldn't make it to Eli's party on Sunday. Hey, very fine sentiments in your note on that column. Couldn't agree more as it applies to contemporary Guard and Reserve service. It was much different in 1963 when I was on active duty. Most of the Guard and Reserve recruits were guys (and no gals) avoiding the draft, which obligated the draftee to serve two years on active duty.. Further, neither the Guard nor Reserve was called up -- not even for Vietnam, which, over the six years that I served, was getting hotter and hotter. I got out in 1968. Different world then. The exemplary service of today's Guard and Reserve units, so many of which have been summoned to the Middle East, deserve the highest praise. Cordially, Jim

Jim-Your drill sergeants wouldn't want you to "almost feel sorry for them",even in retrospect. They were preparing you mentally for real world situations that were way out of your compfort zone. Had you been activated into the real theater, you'd have (hopefully) grown a thicker skin than you had cultivated by warming your seat in a cozy college classroom. Also, in combat,the younger soldiers in your unit wouldn't be concerned that you had a degree, only that they had to cover your back, if necessary. Perhaps that could be the focus of your reflection next time you sit among your fellow veterans in church.

Hello Denine...very belated response. As you know, military boot camp has always been ripe for humorous commentary, on the page and in movies and TV. My reluctance to stand with "real" veterans was partly based on the fact that my service is not honored with the same benefits accorded "regular" service personnel. Thanks for writing. -- Jim