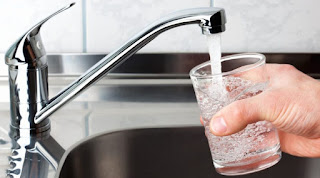 Written by Jim Heffernan for the DuluthNews Tribune on Saturday, March 6, 2021

I see where some people going through this global pandemic are refusing to get COVID-19 vaccinations because…well, because they’re afraid the vaccine is harmful to human health, or something like that. More harmful than the disease itself, apparently.

Let the record show that as a registered geezer I have had two inoculations of the COVID-19 vaccine and I am: 1) still alive, and, 2) feeling fit as a fiddle, to employ a well-worn cliché. But that’s just me, of course. I’d bet it’s you too, once you get the shots, although some people briefly feel a little sick after the second shot, they say.

Gosh, I go all the way back to the initial development of the Salk polio vaccine that saved so many lives and prevented serious crippling in others. I’m a true believer, I guess.

This vaccine phobia business reminds me of what I believe is the long forgotten controversy over the fluoridation of Duluth’s water supply. The addition of fluoride to our water to prevent tooth decay was being proposed in the mid-1960s, right around the time I started working as a reporter at this newspaper.

I had never even heard of fluoridation before then, having been an indifferent college student, more into smoking cigarettes and watching Captain Kangaroo. So I had some catching up to do. That catching up involved being assigned to cover various civic gatherings organized to promote and explain the benefits of fluoridation and writing it up for the newspaper.

And what was said at those gatherings was most vehemently uttered by the opponents of fluoridating Duluth water — rabid opponents, obsessed opponents who fought fluoridation as though their lives depended on it. And, of course, they believed it did, just like the vaccine deniers.

The organized Duluth dentists all favored fluoridation in spite of the fact that if it worked their business likely would decrease. However, of course, one prominent dentist joined the opposition and readily issued statements warning about the dangers of fluoridation to the health. And the business community, generally in favor, also had one prominent opponent. I could use names here, but just about everybody’s dead anyway (not from drinking fluoridated water).

Fluoridation of the public water supply, opponents claimed, was part of a communist plot to poison Americans so that Russia (then called the Soviet Union) could take over the world, or at least defeat the United States because all Americans would be sick and dying from fluoride ingestion. That was one of several arguments. Communism is often a bugaboo, even used today in political campaigns.

While pro-fluoridation speakers and organizers did their thing, usually standing before a community club gathering of 50 to 100 people and explaining the benefits of fluoridating our water, the antis would mix with the crowd as it assembled or was leaving and bend the ears of anyone who would listen.

And the fluoridation opponents loved me, believing that as a reporter covering the meeting they could lobby me into including their side of the story in my report. Which, out of fairness, I would do.

So the communist plot would find its way into my stories along with the scientific evidence that fluoridation would save the teeth of every child because cavities would soon disappear. That sounded pretty good to me, but I listened to the anti fluoridation people nevertheless.

I remember one prominent woman — her husband was a well known city official not involved in the campaign — trying to bend my ear at every meeting and who presented to me the most unique argument of all against fluoridating our water. After the usual claims that our health would be ruined and the communists were behind it she said (and this is a pretty accurate quote recalled from so many years ago): “Albert Einstein’s nephew in Seattle is against it.”

Well now, I didn’t know that Albert Einstein had a nephew anywhere, including Seattle, but maybe. I think I did the woman the favor of not including that argument in my story in the next day’s paper. Hope so.

I can’t recall the means by which the whole thing played out. There might have been a citywide vote approving it. In any event, they started fluoridating our water eventually, have been doing so for more than half a century, the dentists didn’t go out of business, and I’m not aware of any communist cells in Duluth cropping up in that period, although there were plenty 30 or 40 years earlier, before anyone even heard of fluoridation.

As for me, I can say I have been ingesting fluoride here in Duluth the whole time and I’m still going strong in my efforts to support Vladimir Putin and the Kremlin gang as well as keeping my Red flag flying, polishing up my hammer and sickle lapel pin and committing Marx’s Manifesto to memory.

So you can see fluoridation of drinking water has no deleterious effects at all to speak of.

Posted by Jim Heffernan at 8:59 AM

WOW, An old geezer journo proves that fluoride is a neurotoxin?
He has been drinking ( and eating) fluoride for so long, that he has lost his ability to do research?
All he seems to do as a journo is listen to a few people from both sides, and come up with his own opinion.
He seems to have not kept up the new science on neurotoxicity ( and other harms) or new EPA lawsuits, but just lives in the past?
And did he miss this study on fluoride, aluminium and dementia? https://www.cambridge.org/core/journals/the-british-journal-of-psychiatry/article/aluminium-and-fluoride-in-drinking-water-in-relation-to-later-dementia-risk/14AF4F22AC68C9D6F34F9EC91BE37B6D