Sometimes facts of life are fiction... 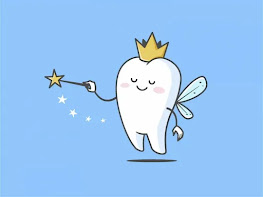 Written by By Jim Heffernan for the Duluth News Tribune, August 22, 2020

"There comes that morning when no money shows up under the pillow replacing a lost tooth. "

There comes a time in every parent’s life when certain things must be discussed with their children as the kids rapidly approach an age when they should be told what used to be known as “the facts of life.” At least some of those facts.

This is an uncomfortable time for many — I daresay most — parents who have nurtured their little ones from sweet innocence when they are very young all the way to the cusp of the teenage years.

The realization creeps up in the parent’s mind over a period of time and is often put off longer than it should be, or not broached at all. In my own life, there were no such talks from parents — it was relegated to learning these important life lessons on the street, or, perish the thought, in an alley.

This is not the best way to handle it, child psychologists aver. But you can’t blame parents for putting it off because most are uncomfortable with openly discussing certain matters with their own offspring. Besides, we were Lutheran.

I believe it is best in families if “mom” talks to daughters and “pop” talks to sons. Being a pop, I can only reflect here what I have experienced strictly on the male side of the family.

There are two principal approaches to having these conversations, although it likely is not a conversation at all, but rather a lecture.

There is the oblique approach in which the adult drops hints to see if the child already is aware of certain things, such as the discovery of large footprints in the woods.

Looking backward, when I was “coming along” there was much unsubstantiated evidence that we were in danger of being invaded from outer space by little green men and, it can only be hoped, green women, scooting around the sky in “flying saucers.”

I remember my father pouring too-hot coffee into his saucer at breakfast and slurping it from there, so saucers didn’t seem to be much of a concern to me.

Now I see concern about unidentified flying objects (UFOs) has risen again in America. There are rumors they are being investigated by “the Pentagon,” which is shaped pretty much like a big flying saucer itself.

I merely cite this as an example of the kind of thing that young people will encounter as they make their way from early childhood into those pre-teen years when there are so many questions about life, liberty and the pursuit of happiness and so few easy answers. Questions like, if a vampire gets you, will you have any blood left to donate?

There are others too. There’s that certain “jolly old elf” who seems to show up every December. How to explain that is a conundrum difficult for most parents to resolve. I must admit I skirted that one in life. Couldn’t bring myself to discuss it with my children. Let them find out in an alley.

It’s different with the tooth fairy. There comes that morning when no money shows up under the pillow replacing a lost tooth. The situation speaks for itself, no explanation necessary. Does any parent have to sit a child down and say, “There is no such thing as a tooth fairy.” Of course not. You just withhold the change.

Same with Jack Frost. Imagine how idiotic you’d feel if you awakened a child on a cold January morning when the windows are caked with condensation and told her or him, “There is no Jack Frost.” They’d laugh you right out of the bedroom.

Johnny Appleseed? Don’t get me started on Johnny Appleseed. Paul Bunyan? Different story. Isn’t he from Bemidji, or is it Brainerd, or both? I clung to a belief in Paul Bunyan longer than I should have as a child, but it was that outsize blue ox named Babe that gave him away. Let’s face it, oxen aren’t blue, unless they are as depressed as they always look with those yokes on.

What about the Easter Bunny? I believe children are disabused of a belief in the Easter Bunny long before they admit it in order to reap more candy on Easter morning. No explanation necessary.

I do think, though, when doubt lingers on a child’s part the direct approach in such matters is preferable to the oblique strategy in which the parent “fishes” to see if the child already knows certain things. I’m sure Drs. Phil, Oz and Mary Trump would agree with me. Also Dr. Fauci.

Hence, seize the moment, trap the child in a speeding car or some other place where escape is impossible, wrest the phone from his (we’re talking man to boy here) hands, take the bull (or ox) by the horns and come right out with it:

“There is no bigfoot.”

Then let the chips fall where they may.

Best line in the whole article...'Besides, we were Lutheran'.
That just explains everything! I’m still smiling.

(I’m Lutheran, too, so I completely understand.)

Thanks, Louis... I appreciate that coming from a Lutheran saint.
Jim