Campaign for public favor goes on and on... 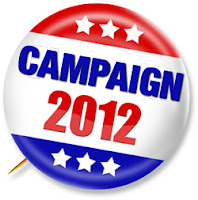 The campaign...
Don’t go thinking it’s over, because it’s not over. The competition; the fight for the public’s favor. It’s not over. Not by a long shot.

You can sense it right here in Duluth, Minnesota, (there’s a Duluth, Ga., don’t forget) and you don’t have to look far. Sure, it’s been a long campaign – longer than you might think – and you’d hope that one of these days it would come to an end, but it doesn’t look like it ever will.

Look around the country. It’s everywhere. It’s a never-ending campaign. Every time one side makes a move, the other responds. The country’s divided right down the middle.

I don’t know who will win out, or if anyone will. So get used to it.

A Walgreens opens, a CVS pharmacy moves in across the street or down the block. We’re a divided nation.

Posted by Jim Heffernan at 3:32 PM

Hi Jim
A divided nation we are, how true. I understand it and can live with it. However I don't believe I will ever get used to the lack of discussion and communication between, not just the two majority parties, but all participants in this marvelous democracy. The thought that bipartisanship as only the cry of the losing side has got to change.
Erick H

Hi Eric,
Right on the money with your comments. If there is any "gong back" in politics, it has to be to the place where we may again listen to each other, learn from each other and participate for the common good together. It requires discussion and open communication. Isn't that what a democracy is about?

Always good to hear from you. Happy Thanksgiving!
Jim