Intimations of mortality on recollections from childhood… 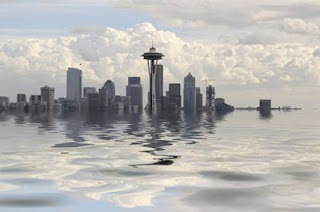 “I get angry at the way people are being manipulated and frightened to make money. There is no ethical right to frighten children to make a buck.” – A NASA spokesman refuting recent claims that the end of the world will occur on Dec. 21, 2012. (New York Times, Nov. 17.)

Well now, who is not shocked…shocked…to hear that there are people who would try to make a buck by frightening children! Boy, how low can you go?

I only wish Walt Disney were still alive to face the music for all of the bucks he made frightening children. There are numerous examples in Disney movies, but to me the most frightening was the evil queen in “Snow White and the Seven Dwarfs,” who tries to do in sweet Snow White.

“Mirror, mirror on the wall, who is the fairest one of all,” the evil queen, with a widow’s peak to die for (did I say die?) and an ominous black cloak with a head-framing collar, says and then shrieks when told the fairest is poor, innocent Snow White. What child didn’t have a bad dream after that scene, and the one in which she offers good-hearted Snow White the poison apple? I shudder today.

Speaking of making a buck frightening children, don’t forget that malevolent duo Abbott and Costello, unknown to today’s younger generations but when they showed up in the movie “Abbott and Costello Meet Frankenstein” when I was a kid there wasn’t a dry seat in the theater at the matinee. Way to go boys. Frightening children. Where did they get the ethical right to do that? And just to make a buck. A measly buck. My head shakes back and forth with disdain.

Then there were the Mummy, the Wolf Man and Dracula circulating through the movie theaters scaring the pants off of even older girls, and boys too, who heartily approved, but we won’t go there at this time.

I still quake when I see Bela Lugosi, everyone’s favorite vampire, Count Dracula, moving in on the neck of some fetching blonde asleep on a bed of roses, or flying around in the form of a bat, or opening up his casket after the sun goes down to go forth and suck the blood of unsuspecting victims. Yikes. How did the children of that era survive the shock and freight? And what for? To make a buck. Just to make a buck. It’s unconscionable.

I’m getting scared just writing this, but before I run and hide under the bed I must mention “The Thing” (The original “The Thing” of the early ‘1950s). To make a buck, the producers frightened me into regression of my personal development. I had reached the age when I could stay home alone at night when my parents were out, but after seeing “The Thing” – he came from outer space -- I needed babysitters again, if not diapers.

More likely, to avoid staying home alone, I’d accompany a parent to wherever they were going. I went to “Prayer Meeting” at our church with my mother just so I wouldn’t have to stay home alone and be murdered by The Thing for my blood. Like Count Dracula, The Thing thrived on blood; human, dog, any living creature he could get his massive, ugly hands on.

And what for? So some Hollywood studio could make a buck scaring children. For that I had to sit through adult prayer meetings and listen some skinny old bald guy who looked like Ichabod Crane (don’t get me started on the Headless Horseman in the movie “The Legend of Sleepy Hollow”) read the Bible’s begats? The begats! Just to make a buck. Not the begats, “The Thing.”

Oh, I don’t know what I’m talking about. I’m becoming unmoored. These repressed memories have got me on edge. I’d better quit while I’m still behind.

But wait! Is that “The Creature From the Black Lagoon” in the pool? Everybody out of the pool! Pronto.

Posted by Jim Heffernan at 5:09 PM

Jim: Your writing remains great. You have a wonderful way in noticing the irony that is not apparent to others.

Ray: Hey, thanks for reading and the nice words! I consider your comment to be the supreme compliment and glad you appreciate the irony. I do have a lot of fun spinning my analysis of our world and, surprisingly, irony is everywhere.