Use of foul language on rise in U.S...

So many bad words are creeping into the mainstream media lately that I’m becoming concerned we’ll lose some of the euphemisms that have been worthy substitutes for years — all my life, and that’s quite a few years.

Holy smokes! I actually heard the famous F word out loud recited by a U.S. congressman during the Jan. 6 committee hearing. And it shows up elsewhere too, not only on TV but in print in some newspapers and magazines, often with the first letter and asterisks: F*** in quoting the most recent ex-president when he’s “ticked” off. And that’s not the only vulgar term that’s bubbling to the surface and being spouted publicly.

It used to be that you could have the same impact with a substitute word or phrase. Words like “heck” instead of that place down below where the devil lives, or “gosh darn.” the substitute for, well, you know. (You can say what you want about the devil, but there’s no denying that he makes “darn” good chocolate cake and hard-boiled eggs.)

As a good Lutheran boy, I didn’t learn to swear in my growing-up home. No such utterances were ever allowed. As a child I was told swearing was a “sin” and that every time you used a bad word the man upstairs marked it down on a scroll and, well, if enough words got listed, off you go when your time comes to that place where the devil lives and rules. That place was often referred to as “H-E double toothpicks” to avoid using the actual name in polite company.

Holy mackerel! Ending up in “hades” scared the living (you know what and it ain’t “daylights”) out of me and I refrained from cussing as long as I could.  But, of course, eventually you pick up all the requisite words on the street or in the alley, as was the case with me. It wasn’t long before I acquired the proper vocabulary sufficient for hanging around the corner gas station, smoking cigarettes, kicking tires and noticing everybody’s dirty fingernails. Grease’ll do that.

By the time I was in high school I was as good a cusser as any other boy, although it was generally understood that girls didn’t swear and didn’t even know what the words meant — especially the more intimate references rooted in body parts and procreation activities (if you catch my drift). Girls were above that. Way above.

My swearing improved dramatically when I went into the Army in my early 20s. Sergeants can work foul language into every command they bark and into every rebuke of an individual soldier beneath them who screws up. (Screws up is a handy euphemism for a stronger, more vulgar rebuke.)

Who’d have thought that in the 21st century many of these words would become common parlance among respected leaders as well as the rest of us?

Wasn’t the world better when, instead of coming right out with a bad word or phrase, mouthing something like  “goodness gracious sakes alive” was good enough? Darn tootin, I say.

Everybody knows what B.S. stands for but instead of using the initials for that vulgarity or actually mouthing the words, wouldn’t it be better to simply respond to a bald-faced lie with, “And the farmer hauled another load away?”

Then there’s S.O.B., also known to virtually everyone as a grievous insult, sometimes deserved. But still, there are substitutes that don’t involve the sacred state of motherhood. “Son of a gun” works, or even “Son of a sea cook.” I doubt if sea cooks would mind. They likely know a few bad words themselves, being seafaring men and women.

Oh nuts! I see by the gull darn word count on my computer that I’m near the end here, doggone it. How we express ourselves these days is a serious matter, for cripe’s sakes. We’ve simply gotta get busy and clean up the mother tongue, for crying out loud.

Jim Heffernan is a former Duluth News Tribune news and opinion writer and continues as a columnist. He can be reached at jimheffernan@jimheffernan.org and maintains a blog at www.jimheffernan.org

Posted by Jim Heffernan at 10:43 AM No comments: 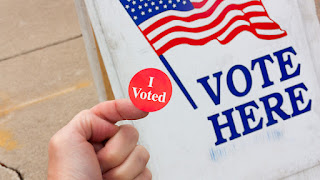 Well, it’s over. The election, that is. Heaven knows it was the election from hell.

At this writing I don’t know who won what. Newspaper feature deadlines are such that this is being written too early in the week to know all the outcomes of Tuesday’s election. Besides, many races weren’t expected to be decided until much later in the week — like today.

So we likely all know the results by now (as this is being read) and I’m happy for you if things went the way you had hoped, and sorry if they didn’t. The way this election went down, though, was disgusting.

I spent the bulk of my journalism career associated in one way or another with politics at every level. Because of this I’ve met every high-level politician from Minnesota (and to some extent Wisconsin) from the early 1960s through the early years of this century. That’s all the governors, the U.S. senators and Congress members from this part of the state together with state lawmakers from around here. And also many of their challengers who hoped to defeat them. Oh, throw in mayors, city councilors, county board members — the whole kit and caboodle. But I never interviewed a candidate for dogcatcher, more’s the shame.

This is not boasting; it comes with the territory of some aspects of newspaper work.

And I have to say, this has been the nastiest election I have ever seen, including during all the years I was active in covering them, or writing stories and editorial opinions on candidates.

Will I take sides here? No. Campaigning, one party’s as bad as the other today. You wince at those ubiquitous television ads, showing candidates in dark tones and describing all of the terrible things they have done and will do both in their personal and public lives. They are the scum of the earth, the ads convey.

Jeez, who wants to be that mean? The political parties do, that’s who. It’s called negative campaigning, and it works.

In past elections, candidates often were referred to as “worthy opponents” and “the loyal opposition.” That is history. Instead we have ominous voices telling us on TV that if elected so-and-so will destroy our country (or state or congressional district, or state legislative districts).

In contrast, over the years, in conversing with myriad politicians and their challengers I generally found them to be pretty nice people. They harbored their own ideologies, of course, and proudly stated them, but they stuck to the issues of the day. I don’t recall any of them harshly knocking their opponents in a personal way like they did in this campaign. The best ones were way above that.

And while I might have had my own ideological opinions in meeting with those whose political views I knew were opposed to mine, it didn’t affect our cordial contact at all.

On the personal level, I liked both Democrats and Republicans, some better than others. I suppose among Minnesota governors, my favorite was the late Rudy Perpich. He could make any contact cordial while also espousing knowledgeable policy positions. And he was very common in his demeanor.

One time in a group dining with him in a restaurant, he insisted his security guard (a uniformed state trooper) be seated with the rest of us. After leaving office the first time (he served as Minnesota governor twice) he worked in Croatia, the homeland of his parents. I had the occasion to mention him in a humorous way in a column (he WAS known as “Governor Goofy” recall) and he called me from Croatia to good-naturedly rib me about what I’d written. It was when the Balkans were in upheaval, and I thought I could hear gunfire in the background.

Perpich was a Democrat. How about a Republican? Former U.S. Sen. David Durenberger was an affable interviewee who seemed intent on doing good for Minnesotans more than promoting ideological precepts of his party. And like Perpich, he openly displayed a light-hearted side of his personality. Unlike so many politicians, especially today’s, he knew how to laugh.

One time during a dinner meeting I mentioned a line I’d heard pointing out that then President Ronald Reagan was “older than Yugoslavia.” Loyal Republican Durenberger burst out in uproarious laughter at that thought. It was true: Reagan was born in 1911 and Yugoslavia wasn’t formed as a Balkan nation until after World War I. Both Reagan and Yugoslavia are now history. Durenberger, 88, is still with us.

But enough wonking around. I only have room here to cite these two politicians who led in a time before politics got as nasty as it has become. Of course political opponents resented one another, and REALLY resented those who challenged them at election time, but it usually didn’t show.

Elderly people (among whom I must ruefully now count myself) often espouse a fondness for the “old days” by longing for the “way things used to be.” I usually don’t subscribe to that, but I hope we can return to those days election-wise, before I get around to finally interviewing candidates for dogcatcher.

Posted by Jim Heffernan at 10:33 AM No comments: